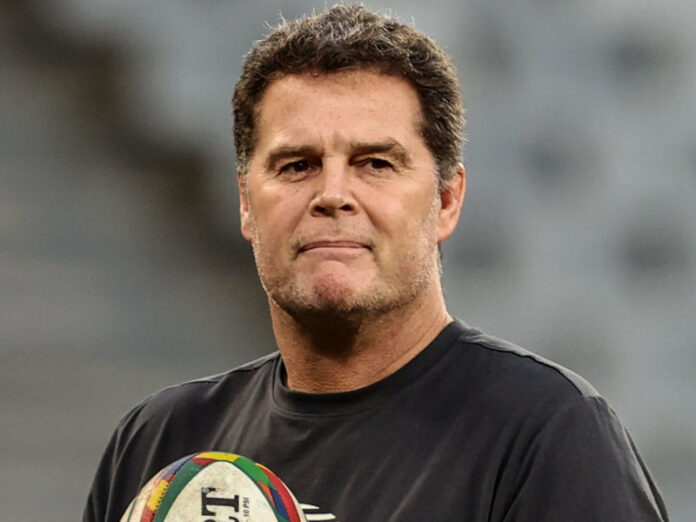 In myth and legend, Saint George slays the dragon. The story goes that when the villagers ran out of livestock and trinkets for the dragon, they started giving up human tributes. So George grabbed his sword, went out and, in mortal combat, slaughtered the nasty dragon.

Bruce Willis, against all odds, whacks the bad guys in Die Hard (and does it over and over in years to come).

That’s all good and well for myth, legend and the movies, but back in the real world, it doesn’t work out that way.

Rassie went out to do battle with the dragon and got his backside whipped, painfully and publicly, by banning him from the matches, but also, apparently demanding an apology.

The apology contains the words: “SA Rugby and Rassie Erasmus wish to apologise to the match officials appointed to the first Test of the Springboks’ Series against the British & Irish Lions.” It also confirms that SA Rugby and Erasmus have withdrawn their appeal and says: “We will respect the outcomes of the hearing.”

The dragon has destroyed Saint George and the rugby royalty are celebrating as the old order is restored. Total submission.

This comes after Australian rugby referee Nic Berry said in a statement: “I have spent many years trying to build my reputation as an international referee and in the course of his video which was posted online, Mr Erasmus has caused it immeasurable damage,” and “my reputation as a referee and person will forever be tarnished.”

What is he saying? If Rassie hadn’t made the video, his dreadfully poor refereeing would have gone unnoticed?

While World Rugby has agreed with 23 of the 26 instances of bad decision making that Rassie highlighted, there are no consequences for Berry and certainly no public humiliation!

The question about who leaked the video will never be (officially) answered and it doesn’t seem to matter. What matters is SA Rugby and Rassie’s statement contains some very important words: “We have drawn a line under the incident and only wish to look forward.”

Fortunately, in looking forward, South Africa can look back on a brilliant rugby year, which ends with the Springboks well and truly at number one in the rankings, and the Blitzbokke clearly in a league of their own.