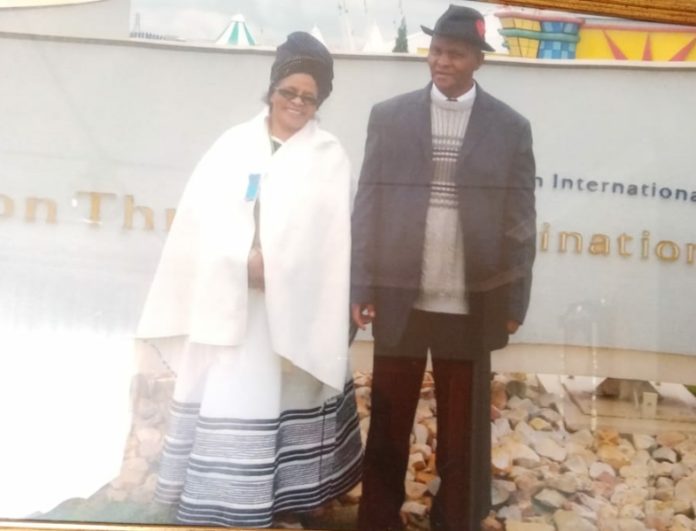 Married for 52 years, they passed away within nine days of each other

Sebenzile and Thandeka Tize were pillars of strength to their family and their community from Moses Mabhida township in Kirkwood in the Eastern Cape.

Sebenzile was a taxi driver and a church elder at the Ethiopian Orthodox Church.

“He was a great negotiator and always had solutions for family, church, community and problems in the taxi industry,” said his daughter Linda Tize.

His wife Thandeka owned Jambase Multi-Traders, and she had a construction and a catering company.

Thandeka was a strong woman, said Linda, but she was also diabetic and her leg and arm were amputated about eight years ago.

“But that did not stop her from serving her community,” said Linda.

“She bought an artificial leg and arm because she never wanted to be a burden to anyone.”

Linda said that her mother “took in the kids of our relatives and other people and raised them as her own. Today, some are nurses and cops and others are studying to be doctors.”

The couple were married for 52 years.

“I was their only child although my father has a daughter out of wedlock,” she said.

One day last June Sebenzile complained of being tired.

He was sick for five days before being admitted to Uitenhage Provincial Hospital.

“We were shocked when doctors wanted to run tests. But on that Saturday night we received a call that he had passed away,” she said.

“Two days later we buried him.”

Not long after, her mother developed a bad cough.

“After three days she was admitted to Sunday’s Valley Provincial Hospital where she also died from Covid.”

Not only did Linda lose both her father and mother within nine days of each other but Covid-19 also robbed her of the chance to give them dignified funerals.

“I buried them like prisoners who had no relatives,” Linda said.

“I could not even see them and say my last goodbyes because their coffins were wrapped in plastic.”