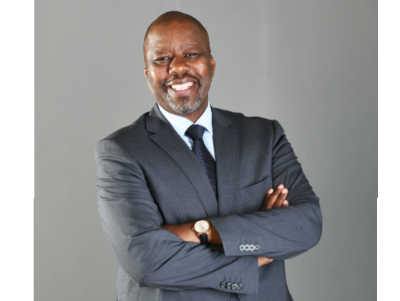 “Covid-19 has robbed us of another professional in his prime,” said Professor Thuli Madonsela of the passing of respected businessman Peter Matlare on Sunday. He was 61.

Matlare was deputy CEO of banking giant Absa, who had been former CEO of the SABC, Tiger Brands and Primedia; as well as a senior executive at Vodacom South Africa.

Former public protector Madonsela tweeted she was “shocked and saddened” by his death and offered “heartfelt condolences to the family, friends and colleagues”. She added: “May his soul #RIP”.

Radio personality Redi Tlhabi tweeted about her “many happy memories [of] Peter: music, food & hilarious stories”. She said: “Your intellect & wisdom will be missed.“

Absa Group chief executive Daniel Mminele announced Matlare’s death on Sunday, saying he was a “seasoned corporate executive, a good leader, inspirational, and passionate about his work, always strongly invested in the success of our continent.”

Peter Bambatha Matlare was born on November 30, 1960 in Durban. He received a Bachelor of Science (BSc) degree from the University of York, in Canada.

After running media group Primedia, he moved to the SABC from 2001 to 2005. He was the last CEO to run the state broadcaster profitably, leaving to join Vodacom as an executive director.

He focused on broadening Absa’s reach in Africa, and in 2018 he also became the CEO of Absa’s regional operations.

When he was appointed, then CEO Maria Ramos said: “Peter is a seasoned executive that brings a wealth of skills and leadership experience across multiple industries”.

While he was at Tiger Brands, the company was found guilty of fixing the price of bread – 12 years before Matlare’s appointment, when Nick Dennis was CEO.

After Tiger Brands was fined R99 million for its part in the bread fixing scandal, which included other food producers, Matlare “earned respect for nursing the group’s image back to health” the Mail & Guardian reported five years after his 2008 appointment.

Acting Minister in the Presidency Khumbudzo Ntshavheni said: “His passing is a great loss to South Africa when the nation is confronted with the task of rebuilding an inclusive post-Covid-19 economy that requires seasoned and experienced leaders across the society.”