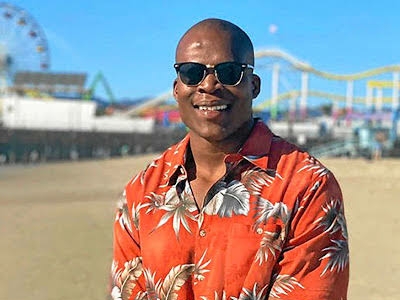 Born in a rural village, the odds were stacked against him, but his excellence attracted the eye of the Durban-based Jaguars rugby team.

But the life of the 29 year old was cut short after he was shot by US police in Honolulu last Wednesday, where he lived with his wife Lindsey and their two children, one aged three, the other aged five months.

His uncle Musa Myeni described his death as an end to a nail-biting game.

“It is more like a fascinating rugby match that has come to an end,” said Musa.

“He was a well-behaved young man and had a bright future ahead of him.”

Musa said the fight for justice for Lindani would continue.

His childhood friend, Sakhile Ngcobo, said whenever he needed anything, he called Lindani.

“He would assist me with anything,” said Sakhile.

It is alleged that on the night of his murder, Lindani left his wife and children at home and went for a drive after a family outing. The police allege that Lindani had entered a stranger’s house, sat down and took off his shoes and started talking to the people in the house. The homeowners called the police.

Susan Ballard, head of police in Honolulu, told the media on Thursday that three officers were sent to a suspected robbery. When police arrived, they found Lindani sitting in his car, and an altercation followed which led to the shooting.

Chairperson of the Empangeni Rugby Club, Thomas Chilcott, told Scrolla.Africa that he was devastated.

The details of the funeral are yet to be released.