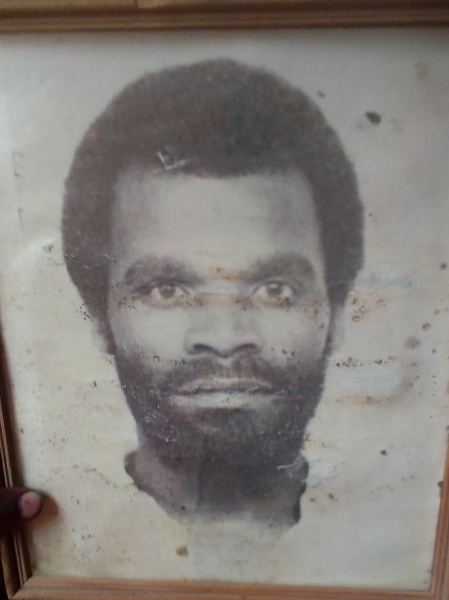 A love stronger than years

Aubrey Mbalu became involved in student politics when protests erupted in 1976 before going into exile to become a soldier for MK. He was sent by ANC underground units to Winnie Mandela’s House in Brandfort and to Lesotho under Chris Hani.

After he returned from exile he started his own business, Mbalu’s Tavern, in Mdange Village in Peelton outside King Williams Town, and one day started employing a young woman named Kholiswa.

She said after they met he started asking her to make deposits at his bank and in return he helped her to sell airtime to his customers.

Before long, romance blossomed and he proposed marriage.

“It took me two years to say yes to him. We only had sex after marriage,” she said.

Both had kids from other relationships. She had a daughter and his son was eight years older than her.

Love was stronger than the 28 year age gap between Kholiswa, 34, and Aubrey, also known as Meneer Mbalu. She called him Daddy.

“My mother never had a problem with him but the villagers and his family were saying bad things behind our backs. But Daddy protected me.”

She said one of their elderly neighbours recently shook her hand.

She said her husband had hypertension and it got worse when his brother was found hanged and mutilated in his house in East London last year.

“Two days after we buried him my husband became very sick. He could not walk and was feeling tired. He died in Bisho Hospital on 19 November, apparently from Covid-19 complications. They had been married for 10 years.

Kholiswa, and their sons, aged four and seven, miss the man she calls Daddy.