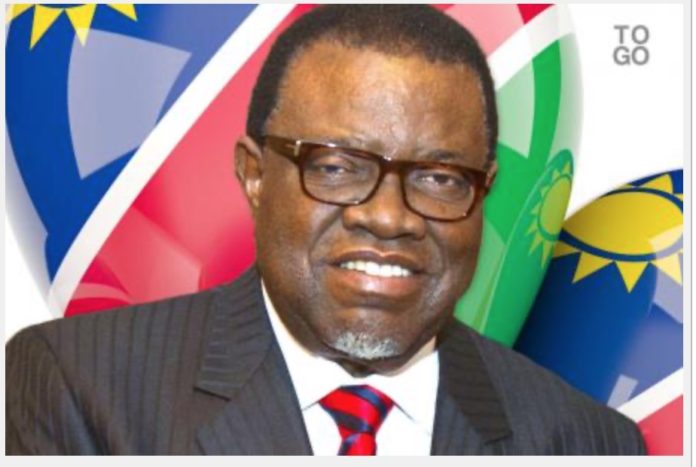 Many countries have seen government ministers and officials break the rules.

In SA, the communications minister Stella Ndabeni-Abrahams was suspended by President Ramaphosa for two months after being caught breaking lockdown rules.

In Namibia, officials of the ruling SWAPO including the president were caught having a party anniversary celebration in parliament. At the time we reported that everyone there – including President Hage Geingob (above) – paid a N$ 2000 fine.

It looked like the government was being admirably fair.

Now The Namibian reports there’s a scandal brewing because only SWAPO itself paid a N$2000 fine. But none of the politicians. One N$2000 fine for all 25 people there!

The worst example so far is in Britain. The top adviser to the Prime Minister was caught breaking lockdown by going with his family on a long trip – while with coronavirus symptoms. The adviser Dominic Cummings then came up with excuses that most people laughed at. Despite the massive scandal nothing happened to Cummings. Lots of British people say they have since been taking the lockdown rules much less seriously.