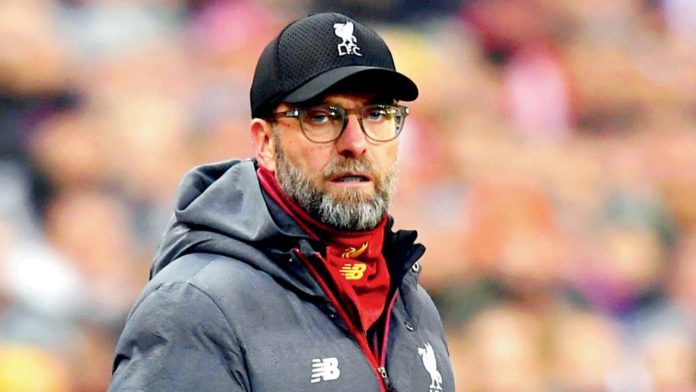 It looks like Liverpool are suffering a hangover in their English Premiership League champions title defence as Jurgen Klopp’s men have gone four games without a league win for the first time since 2017.

And their forwards are shooting blanks as well! They last scored a goal in December in their 1-1 draw against West Brom.

Then they lost 1-0 to Southampton, and drew 0-0 against both Newcastle United and Manchester United. They’ve dropped from the top of the table down to fourth and find themselves trailing the log leaders by three points.

After the United match Klopp was quoted as saying qualifying for next season’s UEFA Champions League would be a big achievement for them. His comments suggest that he has already given up on the title.

On Sunday the Reds have a tough FA Cup encounter against Manchester United.

Klopp will have to decide whether he will go with his regular first team players or if he will rest some of them for the round two with the Red Devils. But Liverpool can’t afford to continue dropping points in the EPL.

Failing to get maximum points against relegation-candidates Burnley will see Liverpool dropping down further. They could even lose the Champions League spot with teams like Tottenham Hotspur, Everton and West Ham United breathing down their necks.

In another match, Chelsea’s miseries continued after they lost 2-0 to title chasers Leicester City.

In other news, Barcelona captain Lionel Messi will serve a two match suspension after being shown his first ever red card on Sunday. It is understood that Barcelona will launch an appeal against it.