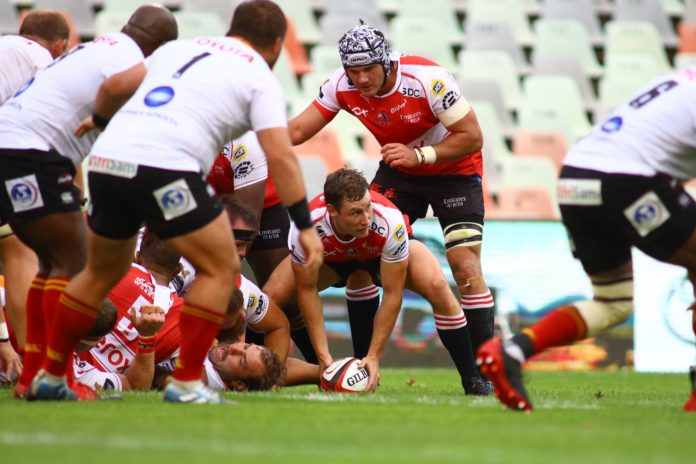 The Lions outscored hosts Cheetahs by five tries to two to clinch a 39-23 bonus-point win in their third round Carling Currie cup encounter played in Bloemfontein on Saturday afternoon in Free State.

The Lions outmuscled the Cheetahs in a battle of the big cats to move up the log standing behind leaders Bulls, Western Province and Sharks in the Carling Currie cup log.

The Cheetahs were the first to draw blood with a penalty but the Lions showed resilience and character and kept on attacking, forcing the Cheetahs into their own half. The limping Cheetahs showed signs of fatigue as the game progressed following a bruising encounter against Bulls last week in Loftus versfeld stadium.

The Pride of Jozi went to halftime leading 13-9 but then turned on the style after the restart to score four more tries to take the game away from their Free State hosts.

Lions captain Elton Jantjies was sensational with the boot, scoring four conversions and two penalties but it was a sterling performance by the Lions scrum that gave them momentum going forward and ultimately led to their five tries, three of them by tight forwards.

This clash was a much-anticipated affair and repeat of the 2019 Currie Cup final, while it also marked the teams’ first match-up this season after their Vodacom Super Unlocked game was cancelled after Lions players testing positive for Covid-19.

In the early Saturday afternoon game played in Durban, the Sharks defeated log leaders Bulls 32-29 in an exciting clash, with flyhalf Morné Steyn missing a late penalty attempt that would have levelled the scores.

Meanwhile, Western Province shrugged off two previous losses courtesy of their 28-14 bonus-point triumph over the Pumas in Cape Town on Friday night. The Griquas had a bye this weekend and they will return on Saturday against log leaders Bulls.

Lions face a tricky opponent in Sharks in their next match at Emirates Airlines Park on Saturday 19 December 2020.