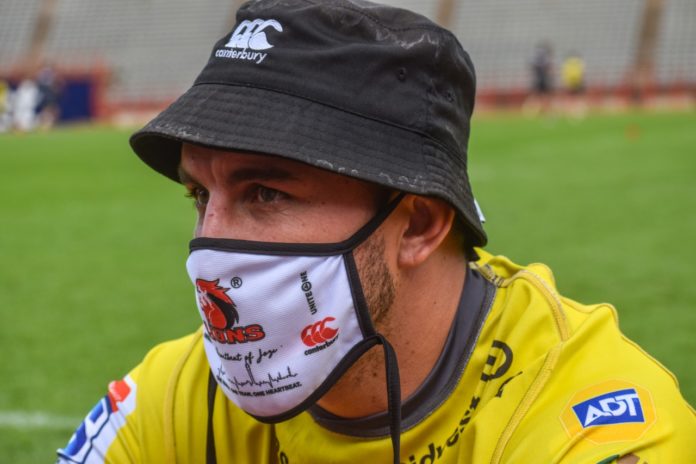 Lions centre, Burger Odendaal is excited to be playing against his former union this weekend.

“As a player, that is the match you want to play,” said Odendaal.

The Xerox Lions face the Vodacom Bulls in the first semi-final of the Carling Currie Cup on Saturday at Loftus Versfeld in Pretoria. Kick-off is at 14h00.

Bulls and Lions were given two-and-a-half weeks to prepare for the semi-final after the postponement due to Covid-19 protocols and challenges.

“We had a weekend off so I believe the guys will be fresh and up for the game,” said Odendaal.

“Everyone is very excited for this semi-final. This time we won’t miss an opportunity. We know we have to be at our best for 80 minutes.”

The Lions have reported a clean bill of health ahead of the Jukskei derby with no injuries. They also welcome back Jaco Kriel, who missed the Vodacom Bulls match due to rotation.

Ivan Van Rooyen’s side suffered a 22-15 defeat to the Bulls in the last match of the Currie Cup round-robin section. The Lions will be looking to avenge that defeat.

“I don’t think we were at our best,” said Odendaal.

“We created a lot of opportunities but couldn’t turn them into points. We took a lot of positives from the game and things we can work on and rectify.”

The Bulls also lost their last league match of the season, by 44-14 against the Phakisa Pumas in Nelspruit in Mpumalanga, but it was definitely not the Bulls’ best side. This weekend they play their very top side.

The winner between Lions and Bulls will progress to the final and play the winner of the second semi-final between DHL Western Province and Cell C Sharks.

The final is scheduled for Saturday, 30 January.