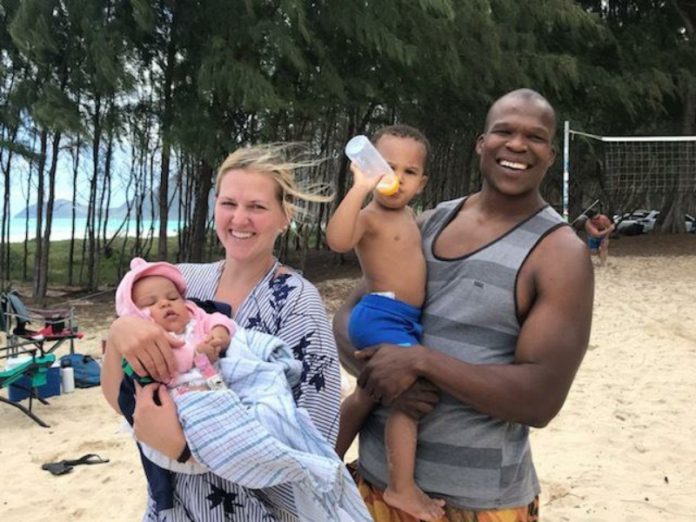 Lindani Myeni’s family is hurt and angered that no police officers will be prosecuted for fatally shooting him in Honolulu, Hawaii.

The family in KZN had waged a fight for justice since the Empangeni-born former rugby player’s killing in April.

A three-minute video released last month shows the police who killed Myeni did not identify themselves as police until after they had shot him.

Despite this, prosecuting attorney Steve Alm said on Wednesday that Myeni’s killing was justified.

Alm said the police who killed Myeni used non-lethal and what he described as non-deadly force methods before they shot the unarmed Myeni. He said the police were justified in shooting Myeni in self-defence.

Myeni’s aunt, Nonhlanhla, said Myeni, 29, who had recently moved to the US to live with his wife Lindsay and their two children, had a bright future ahead of him.

“His promising life was cut short by the ruthless police who killed him in cold blood. This is an injustice. I’m hurt and angry,” she said.

“We are fighting against a big system which has all the resources to win against us.”

She pleaded for the South African government and international human rights organisations to help them.

“We can’t win this fight alone.”

“My worst fear has already come true. There’s nothing more anyone can do to my man. He’s at peace now and that’s all that matters to me.”

Myeni was shot by police after he entered the house of a stranger, who then called the police.

In the footage, Myeni appears to have mistaken the house for the Hare Krishna temple next to the house.

“Alm’s focus on the shooting ignored the first action of ordering an unarmed person to lie on the ground at gunpoint. That is ordinarily the crime of terroristic threatening, kidnapping, or reckless endangering.”

The Justice for Lindani Myeni group on Facebook said it intended to challenge the prosecution office’s decision.

“There is much work to be done to secure an independent federal and international investigation,” said the group.