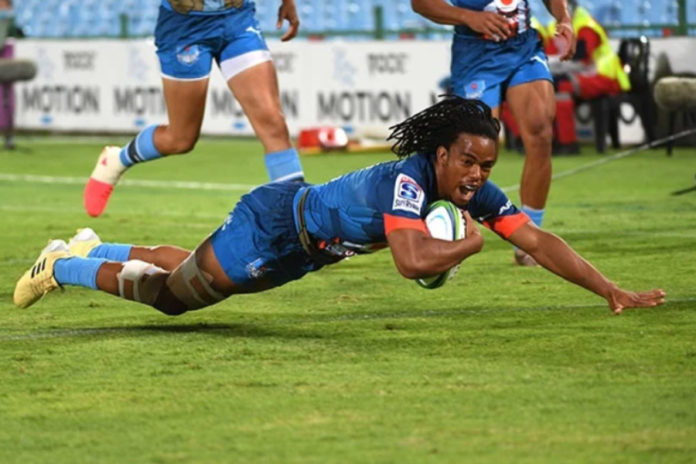 The Bulls blitzed the Stormers 39-6 at Loftus Versfeld on Saturday before lightning stopped the match.

The Stormers were saved from further pounding in their Super Rugby Unlocked encounter when the match was stopped after 64 minutes.

The Bulls side once again looked rampant.

Many say this is because of their new director of rugby, the legendary former Springbok coach Jake White.

The two sides were level after 20 minutes with two penalties each, by flyhalves Morne Steyn for the Bulls and Damian Willemse for the Cape team.

The first try came from Bulls hooker Johan Grobbelaar in the 22nd minute.

The Bulls went further ahead early in the second when Gans touched down again.

The match was abandoned shortly after that with the Bulls scoring a bonus point.

Meanwhile, the Sharks scored six tries to crush the Pumas 42 to 19 at the Mbombela Stadium.