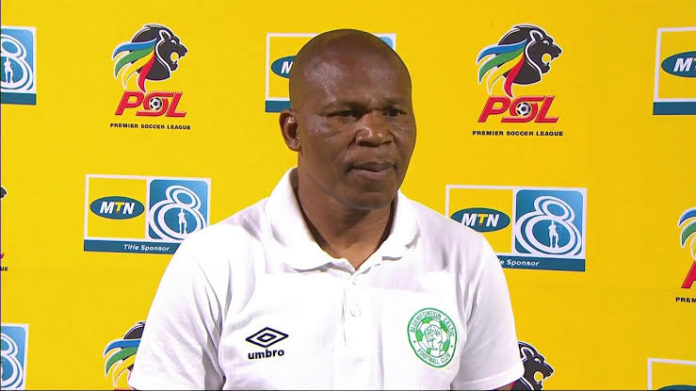 Bloemfontein Celtic coach John Maduka has urged his players to forget about the MTN8 final disappointment and focus on their upcoming DStv Premiership matches. The Malawian said his biggest job now is to improve their log standings.

“Yes, it’s going to be difficult to pick up the spirits of my players after losing in the final,” said Maduka.

“But life goes on. We have to shift our focus to the league and we have to start winning matches. We have tough games coming our way,” said Maduka.

On Wednesday Siwelele have to entertain tough visitors. They are hosting third place Baroka FC in a league match at Dr Petrus Molemela Stadium in Bloemfontein at 7.30pm.

It is often seen that a team coming from a cup final disappointment also fails to deliver in their next match.

“I know how much the players wanted to win this cup. They wanted it so bad after we lost the Nedbank Cup not so long ago,” he said.

“But it is my job as a coach to pick them up. It’s not an easy job but it has to be done. They can’t blame themselves for that failure. Football is like that, you win some and you lose some. It’s part of the game but I salute them. They produced a good performance and I’m proud of them.”

Celtic players will need to pull it together as fast as they can if they want to get anything from Wednesday’s game, facing the spirited and well-rested Baroka.

Maduka and his lads are in 14th place with four points from five matches, having won one match, drawn one and lost three.