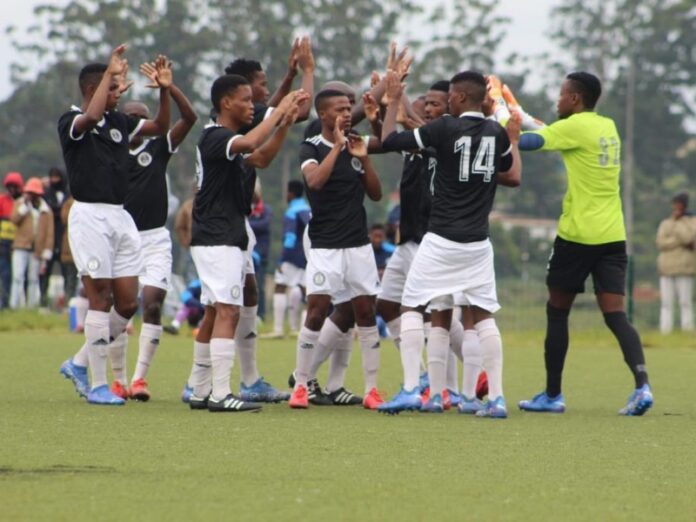 Right from the beginning, Mbizana soccer team Sinenkani FC was founded as a stubborn outfit with a reputation as fearsome giant killers.

Sinenkani means we are stubborn and true to form; the team made up of unknowns from villages in Mbizana in the Eastern Cape is sitting at the top of its stream in the ABC Motsepe League.

The “Stubborn Nation” has pushed itself to the big league in SA Football with an entry into the Nedbank Cup.

Next week they will put their giant-killing status to the test when they host PSL side Free State Stars in the Nedbank Cup Challenge on 13 February.

But the team has no proper home ground and there is no stadium with a grass pitch in the entire Alfred Nzo area.

Sinenkani’s home ground at EmaXesibeni is one such pitch with netball courts, a basketball court, tennis court and an artificial soccer pitch.

These facilities are often used as multi-purpose grounds to host athletics and other sports events for local schools.

Frustrated by this and with little funding, the team faced the prospect of using a stadium in Durban or East London, both outside the affordability of their fans.

A breakthrough came last week when PSL approved the use of Walter Sisulu University stadium in Mthatha for Sinenkani FC to host Free State Stars in the upcoming Nedbank Cup Challenge.

Their entry into the Nedbank Cup is an important inspiration to young people in one of the poorest corners of South Africa.

The team has captured the hearts and souls of the Amampondo, AmaXesibe and AmaBhaca people who are excited to see their team in the big time.

Sinenkani FC spokesperson Lixolile Petela said: “As the club we are elated that PSL has finally approved WSU stadium as our home game venue. We wish to send a special word of gratitude to (retired PSL referee) Ace Ncobo for his crucial role in advising the team on what [is] needed to be done.”