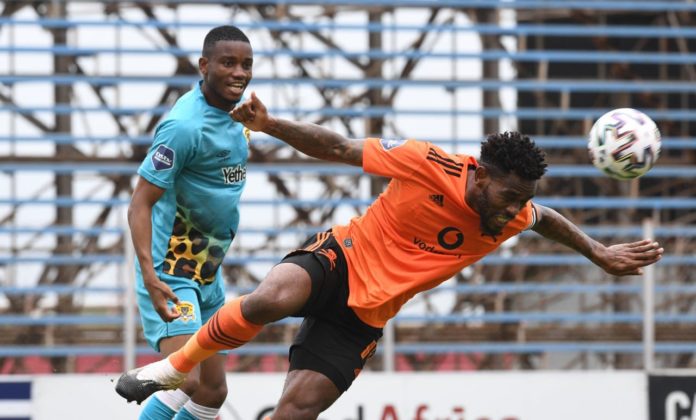 Dominant Black Leopards stunned Orlando Pirates in the DStv Premiership by beating them 2-0 at Thohoyandou Stadium in Limpopo on Sunday afternoon. Pirates were outplayed by Leopards for most of the match.

But the first half was dominated by the home team who took the lead in the 29th minute. Leopards pressed Pirates high and forced an error on their defender Innocent Maela who scored an own goal from the home team’s corner.

As if things could not get worse for the visitors, Leopards added their second goal five minutes before the break. Poor defending by Pirates allowed Rodrick Kabwe to double the lead for Leopards.

Pirates coach Josef Zinnbauer was left confused and could not believe his eyes.

“I don’t know what we did in this game but it was certainly not what we spoke about before. We were outplayed in every department. The first half was the worst for us. At least in the second half we tried to play but it was already too late because we were chasing from behind,” said Zinnbauer.

Five days ago Pirates were playing at the same venue and won 3-0 beating Leopards neighbors Tshakuma Tsha Madzivhandila. The Soweto giants came to Leopards hoping to continue where they left off against Tshakuma.

But they found that the Leopards were not in a giving mood and the home team punished Pirates who were full of errors at the back.

“Mentally we were not strong enough in this game. Last week we were at the same venue and we did well. Today we were totally out of it,” added Zinnbauer.

The defeat saw Bucs losing ground to the joint log leaders Mamelodi Sundowns and Swallows. Pirates are now eight points behind the leaders.

On Wednesday Bucs are back home where they will host unbeaten Golden Arrows at Orlando Stadium at 5pm. Leopards on the other hand will host Cape Town City at Thohoyandou Stadium on Wednesday also at 5pm.

Their win over Buccaneers saw them moving from the bottom of the log to 14th place.