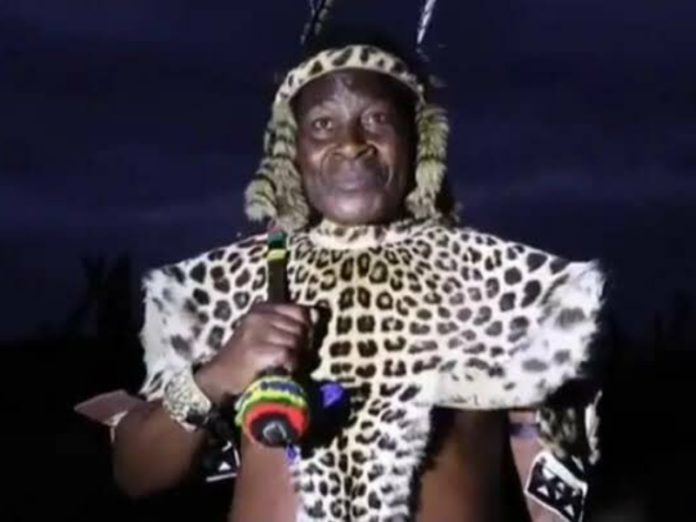 The leader of Amabutho kaZulu’s decision to take the regiment to Nkandla to support former president Jacob Zuma has cost him dearly.

Zihogo Maguzumbela Nhleko who is known as Mgilija was fired from his position on Thursday.

The Chairperson of Usuthu traditional council, Dr Dumisani Khumalo announced that Induna yamabutho has been axed from his position after discussions with the Royal council.

On Sunday Mgilija led Amabutho to Nkandla to show his support to Zuma.

“Instances of his misconduct started before the death of the late King Goodwill Zwelithini. At the celebration of the last First Fruits Ceremony, which is held annually at Enyokeni Royal Residence, Mr Nhleko actually exchanged words rudely with the late King, to the extent that the King gave instruction that a date be fixed to discuss his conduct, because he felt insulted by Mr Nhleko answering him back rudely,” said Khumalo.

On Monday a WhatsApp group was created by the friends of Induna Mgilija in support of him which was subsequently turned into a platform to attack President Cyril Ramaphosa and Prince Mangosuthu Buthelezi.

The group which had more than 270 participants lost a lot of its participants who decided to leave and is now left with 50 people.

When Mgilija was contacted for comment he said: “Why are you asking me? Go to those who came up with this decision and ask them.”

Khumalo said that the decision to axe Mgilija was endorsed by King Misuzulu kaZwelithini, Traditional Prime Minister to the Monarch and the Zulu Nation, Prince Mangosuthu Buthelezi and the Royal House.