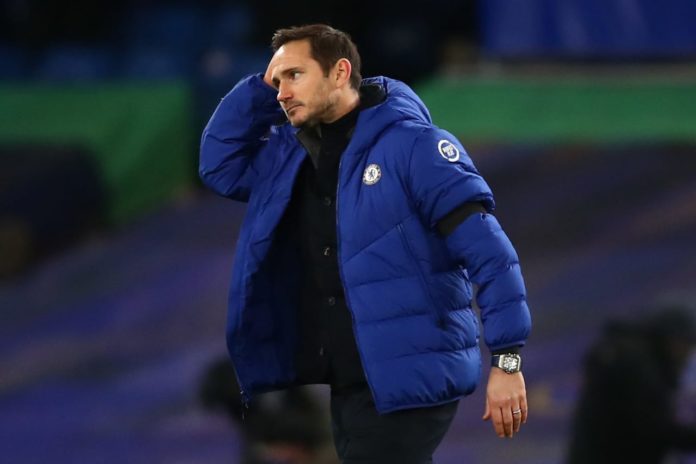 Chelsea have sacked their coach Frank Lampard and they have already identified former Paris Saint Germain mentor Thomas Tuchel as his replacement. Lampard was fired just 24 hours after his 3-1 win over Luton Town in the Emirates FA Cup 4th round.

But the Blues’ inconsistency in the English Premier League is management’s main concern.

A statement sent out by the club on Monday said: “Results and performances have not met the club’s expectations, leaving the club mid-table without any clear path to sustained improvement.”

The 42-year-old only lasted 18 months as the club’s head coach since taking over from Maurizio Sarri in 2019. In his first season at Chelsea he did well as he led the club to the FA Cup final and also earned them a spot in this season’s UEFA Champions League.

Things however changed drastically for him this season and losing to teams like Arsenal, Manchester City and Leicester City cost him his job. Blues are currently in 9th place in the Premier League, 11 points behind log leaders Manchester United.

As a player Lampard remains one of the most successful players at Stamford Bridge. He was a captain and he is also the club’s all time leading goal scorer with 147 goals in 429 games in his 13-year career with the club.

Chelsea owner Roman Abramovich took it to himself to comment on Lampard’s sacking,  something the Russian has never done in the past when the club fired their coach. Previously this work of commenting on hiring and firing of coaches would be left to the former technical director Michael Emenalo and director Marina Granovskaia.

Abramovich said: “This was a very difficult decision for the club, not least because I have an excellent personal relationship with Frank and I have the utmost respect for him. He is a man of great integrity and has the highest of work ethics. However, under current circumstances we believe it is best to change managers.”

Chelsea’s next Premier League assignment is Wednesday night at home against Wolves at 8pm.