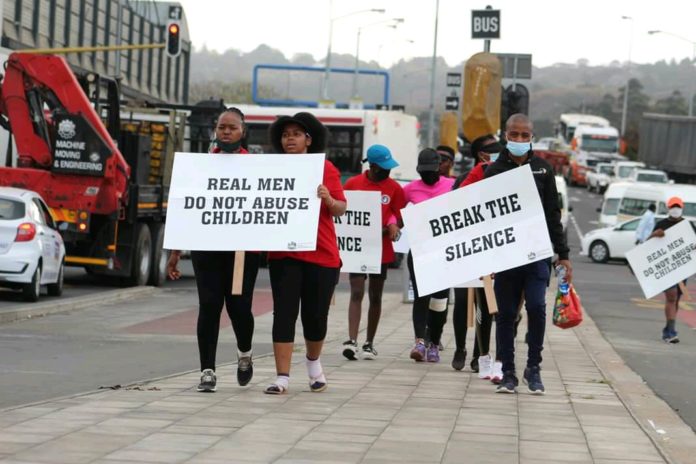 Nineteen-year-old Akhona Mncube, a young mother from Sweetwaters, Pietermaritzburg, was beaten to death by her 29-year-old boyfriend in July 2020.

The painful story of how she stayed with her killer because she was financially dependent on him has triggered a powerful campaign to help 1,000 girls in poor communities in KZN.

On Friday, 11 activist members of the non-profit organisation uMzansi Youth in Business, completed a 90 kilometre walk from Pietermaritzburg to Durban to raise awareness about gender-based violence.

Nonjabulo Khuzwayo, the manager in the office of the CEO told Scrolla.Africa that their target was to raise enough money to buy enough sanitary towels and hygiene packs for 1,000 girls for six months.

“Also note we have a youth centre with 21 social workers who are on day-to-day duty to attend to youth issues.”

Girls in these communities often miss five days of school every month because they are on their periods and have no money to buy sanitary towels.

KZN MEC for social development called on the youth to take the lead in the fight against patriarchy and gender-based violence.

“For too long women in our country have been treated like second class citizens.

“It is high time that we fight those chains of patriarchy.”