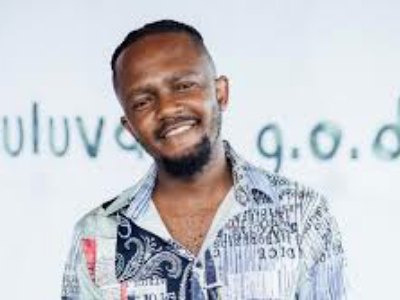 Kwesta, whose real name is Senzo Vilakazi, has gone back to his roots with his latest offering, “Fire In The Ghetto.”

This is the first single from his upcoming fourth studio album, G.o.d Guluva.

The 32 year old released the single in March, and it has the same characteristic upbeat Kwaito instrumentals as those from his hit singles on his last album, DaKAR II.

The track features Troublle, who nails the vocals about the troubles of the ghetto and loving the township despite its let downs.

Born in Katlehong township in Ekurhuleni, Kwesta has since changed the sound he had hustled to the top with, from when he was only 15 years old with his group Ghetto Fellaz.

The group were known as The Juvenlyz – there, he created the beginnings of the upbeat sound which eventually saw him become the best selling hip-hop artist in the country.

But G.o.d Guluva, which is expected to be released on Friday 30 April 2021, promises to be lyrically-based and features more conscious rap than those on his previous albums.

Kwesta, who has also hosted on the famous Sway in the Morning American Radio show, worked with such famous international artists as Rick Ross, Homie Quan and Wale on his platinum selling song “Spirit.”

Having been featured on the soundtrack of the Hollywood blockbuster Death Race 3 with the single “Stomp,” Kwesta has signed onto his own independent record label, RapLyf Records, with co-founder Kid X.