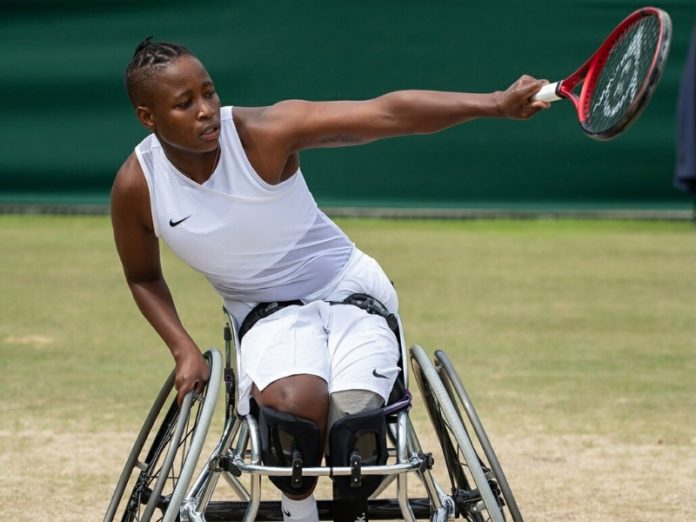 She may not have won the Wimbledon final on Sunday, but courageous and determined Kgothatso Montjane has won the hearts of South Africans.

The 35-year-old Limpopo-born wheelchair tennis ace has made history by becoming the first black South African woman to ever reach the Wimbledon singles final.

On Friday she defeated Momoko Ohtani from Japan in the semi-finals to set up a historic final against top seed Diede de Groot from Netherlands, but went on to lose the match in straight sets.

On Saturday she and partner Lucy Shuker from Britain lost to Japan’s Yui Kamiji and Great Britain’s Jordanne Whiley in the women’s wheelchair doubles final.

Montjane’s achievement comes at a crucial time ahead of the Tokyo Paralympics in August.

Before the Wimbledon final she said: “Being out here is about giving hope to Africans, not only South Africans.”

She said she hopes to inspire the young generation to participate in sport.

“I want them to realise that no matter what challenges they face, as long as they want it, they can get it.”

Montjane was born in Seshego with a congenital disorder which affected both of her hands and one of her feet, with the other foot being amputated by the age of 12.

She competed in the Beijing, London and Rio de Janeiro paralympics.

In 2018 she became the first African wheelchair tennis player to compete in the Australian Open, French Open, Wimbledon and the US Open in the same calendar year.

Her performance at Wimbledon will be sure to raise her confidence ahead of the US Open later this season.