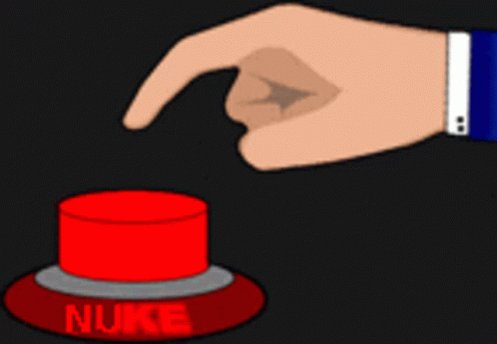 A day after Scrolla.Africa warned that America’s rogue President could blow up the world despite being banned by Twitter and Facebook, US leaders are moving to prevent Donald Trump from starting a nuclear war.

Nancy Pelosi, the Speaker of the US House of Representatives, said she had spoken to General Mark Milley, the head of the US military, about “preventing an unstable president from initiating military hostilities or accessing the (nuclear) launch codes.”

Scrolla reported that Trump has access to the nuclear football – a suitcase that is carried near him at all times and from which he can launch missiles of doom – despite having his wings clipped on social media.

A spokesman for General Milley, Colonel Dave Butler, confirmed that the two had spoken and said the general had “answered her questions regarding the process of nuclear command authority.”

Pelosi, the leading Democrat in the House, is moving to impeach Trump for inciting a violent mob to attack the Capitol, the seat of America’s Parliament, if he does not resign “immediately.”

However, some military officials said privately that Trump is still the commander in chief, and unless he is removed, the military is bound to follow his lawful orders.

While military officials can refuse to carry out orders they view as illegal, they cannot remove the president from the chain of command. That would be a military coup, they said.