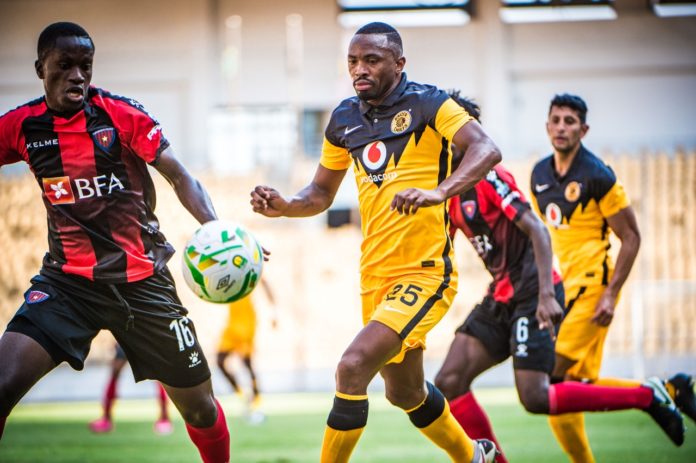 For the first time in their history Kaizer Chiefs have qualified for the CAF Champions League group stages. The historic moment for Amakhosi came on Tuesday afternoon when they beat Angolan giants Premeiro de Agosto 1-0 on aggregate in the second leg of the preliminary round.

The crucial goal came from the Colombian marksman Leonardo Castro in the first half and it was enough to seal the tie for Chiefs in Angola. With the first leg at the FNB Stadium finishing goalless four nights ago, Amakhosi had to dig deep to earn a spot when the group stage draw is held in Egypt on Friday.

This was Chiefs’ second away win in the preliminary round. Both of their home matches ended goalless.

Amakhosi faithfuls have a reason to smile again seeing their team win the first match of the year and progressing in the competition. Tuesday’s victory is not only an historic one for the club but also for coach Gavin Hunt.

Hunt will go down in Chiefs’ history books as the first coach to ever guide the giants of Soweto to the CAF Champions League group stages. This will surely give him and his players the encouragement they need to face their difficult situation in the domestic league.

The Angolan match also saw the return of last season’s fan favourite Samir Nurkovic who replaced Castro. This was Nurkovic’s first match of the season for Chiefs and he will be expected to make his DStv Premiership debut on Saturday when Amakhosi take on Maritzburg United.

Another South African team that will be in the group stages draw on Friday is 2016 Champions League winners Mamelodi Sundowns. On Tuesday Downs beat Botswana outfit Jwaneng Galaxy 3-1 in the second leg in Pretoria.

With the first leg in Botswana finishing 2-0 in favour of Sundowns it means Downs won the tie 5-1 on aggregate to book themselves a spot in the group stages yet again.

Sundowns next match is against Baroka in the league on Saturday.