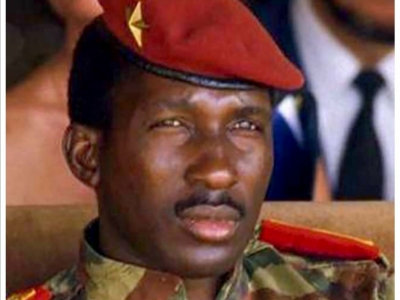 Compaoré, the former Burikinabe president, came to power in 1987 after a coup in which President Sankara, Compaoré’s former friend, was killed.

Sankara’s family have been pursuing the case for 34 years – throughout the 27 years that Compaoré ruled the West African country with an iron first, and since Compaoré was pushed into exile after mass protests in 2015.

Sankara, a Marxist, Pan-African leader, has been an icon for the EFF, which said: “In essence Compaoré killed Sankara in order to subject the country [to] the will of colonial and imperialist powers”.

After taking power, Compaoré became a close ally of France, and of Libya’s Muammar Gaddafi, and was a powerful force in West African politics.

While in power, Compaoré denied calls for Sankara’s remains to be exhumed, but the country’s transitional government reopened the investigation after Compaoré fled to exile in Abidjan.