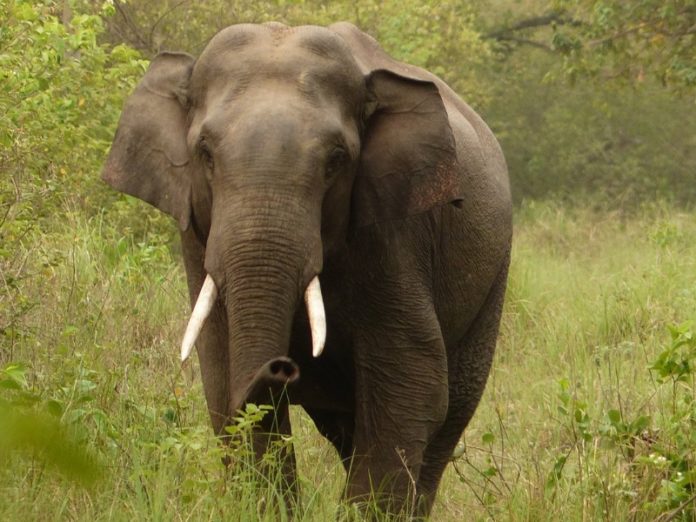 Meat is a luxury which most rural communities cannot afford.

But the village of Lambani became one of the lucky ones when an unexpected windfall befell them on Wednesday afternoon.

Officials from the Kruger National Park laden with a truckload of elephant meat turned up to the village.

They told the villagers that the meat was intended for learners at the local Lambani Primary School, but the school governing body decided it should be distributed to parents.

Overjoyed, a festive and meaty mood swept across the village, and families cooked up a spontaneous feast.

The smell of roasting elephant wafted through the village, as many started cooking it, while others began making biltong.

Erick Ndou, chairperson of the school governing body, said that the meat gifted to the school was intended to supplement the school feeding programme.

But according to Ndou, some of the children – such as those with the surname “Ndou” – belong to cultures which cannot eat elephant meat.

“We decided it would be best for us to call parents to collect it instead of cooking it for the kids. We are a very poor community with many not working. The windfall made a big difference in this community,” he said.

Ndou said that next time the park shows up with a haul of delicious meat, they should bring enough for the whole community!

Community leader Takalani Musetsho thanked the park, and said they appreciate all the other donations they have given them over the years, such as desks and soccer kits for the learners.

Helen Mmethi, Kruger National Park’s general manager, said that the elephants were not poached, but had to be culled because of overpopulation.

“We, with the assistance of our vets, check the health of the animals before slaughtering them.  We have vulnerable communities staying nearby and learners are our priority. Animal meat has high protein needed by learners,” she explained.