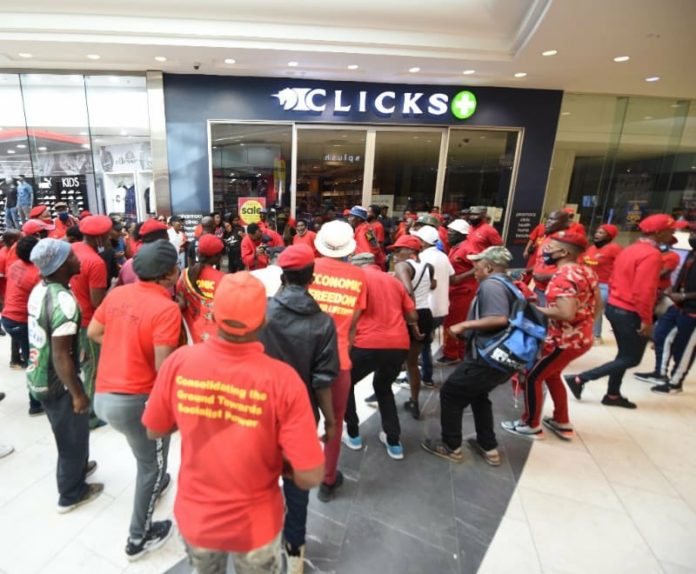 The EFF had stormed a Spar store and demanded to talk with the management about internal labour issues after a floor manager was demoted to cashier.

The acting judge of the Johannesburg Labour Court, Judge Reghana Tulk, said that if the Red Berets wanted to interfere in labour issues, then it must register as a labour union.

This ruling came after Brightstone Trading took the EFF to the Labour Court over unrest that hit the Roodepoort Spar supermarket in Joburg.

In her judgement, Tulk said EFF’s action was unlawful and unwarranted.

“They committed acts of intimidation, obstruction and blockading of premises, among others,” she said.

The EFF intervened and protested outside the Spar stores on 16 May and 28 May up until 1 June.

Brightstone went to court and got an interim interdict order against the EFF.

Tulk said the EFF was not a labour union, and its members’ actions undermined the dispute resolution processes prescribed by the Labour Relations Act.

Last year, the EFF protested against Clicks stores after an advert on its website featured an image of African hair which was labelled as dry and damaged.