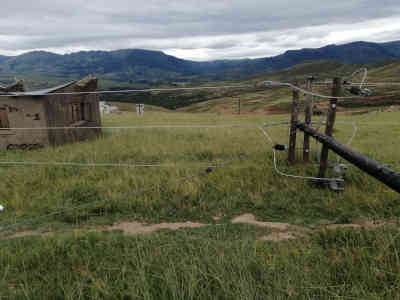 The people of eMpoza village outside Mount Frere in the Eastern Cape are taking the saying “Jealousy makes you nasty” to new heights.

For the third time, they have cut the main Eskom power supply line to various villages demanding their village should be among the first villages to get power.

Local councillor Lugongolo says this community has also been included in plans for the electricity roll out along with villages like Elutateni and Mgungundlovu.

Councillor Lugongolo said every time they cut the poles, the municipality would make means to replace them.

“But I suspect the people who fixed the poles when they were cut a while ago used cheaper quality.

“When the storm arrived, it destroyed poles that had not been cut by the angry group.”

“And then there was a storm which made the damage worse.

“We have been without power since Wednesday.”

Meanwhile in Nkangala District outside Nelspruit, police arrested 114 and charged them with various crimes after they burned Eskom transformers.

The group who are also accused of illegal mining also caused millions of rands worth of damage in a local mine.

Police spokesperson Brigadier Leonard Hlathi said they seized 20 vehicles believed to have been used in these illegal activities.

“The investigation is continuing and police cannot rule out possibilities of adding more charges to the suspects with regard to the sabotage and the damaged infrastructure.”