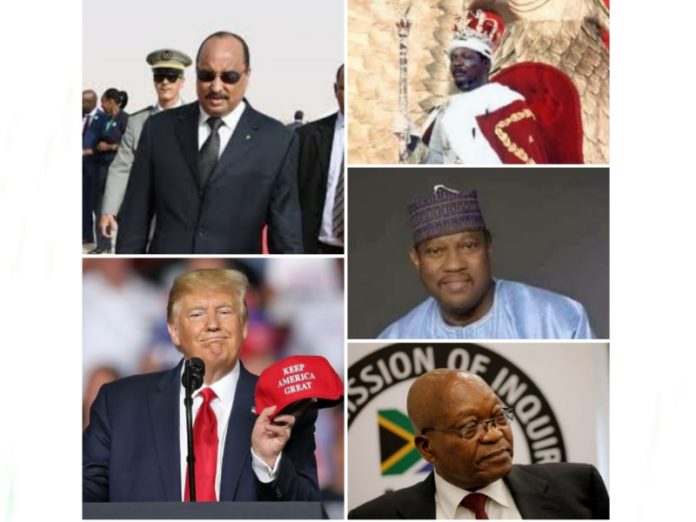 Jacob Zuma is preparing for his stint in jail – but he is by no means the only world leader who has spent time behind bars.

But going back in history, there are many heads of state who believed they were above the law.

The first recorded leader in history to feel the long arm of the law was Chinese statesman Li Si.

It was in 208 BC that Li Si was chopped in half at the waist in the middle of a market square with his entire extended family also executed after he convinced the emperor’s successor, Fusu, to commit suicide.

The majority of the presidential jailbirds that have come before Zuma have been convicted either on charges of corruption or treason. But others have some faced more unusual charges.

Seven years after being ousted as the president of the Central African Republic, Jean-Bédel Bokassa was put on trial for treason and murder. In 1987 he was cleared of charges of cannibalism, but found guilty of the murder of schoolchildren and other crimes.

Hama Amadou, a former prime minister of Niger, was sentenced to one year imprisonment in 2017 for international trafficking in babies. Amadou, who denied the charges, was one of a group of people accused of smuggling babies from Nigeria to wealthy couples in Niger by falsely claiming the parenthood of around 30 children.

These are just a few examples from a list of names that could fill several books, but before the year is up, this distinguished group may gain a new member.

Donald Trump, former President of the US, is currently facing no fewer than three different criminal investigations.