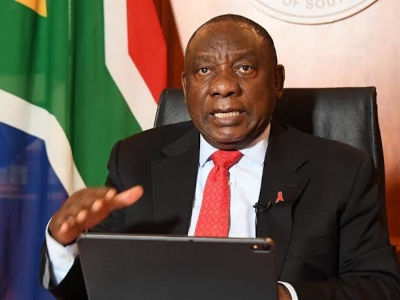 South Africans will be hoping to see a different President Cyril Ramaphosa than the one who has been in charge for the past three years.

When he gives the SONA address on Thursday – in the middle of a pandemic and a potential constitutional crisis – the big question will be who he’s talking to.

The ANC or the country.

In the beginning, Ramaphosa promised to work hard to rebuild the nation, rescue the economy, strengthen democratic institutions and fight rampant corruption.

He’s had his moments, but then been knocked back by brutal forces in the party, and stayed far too quiet for most people’s liking.

The scorecard is wobbly.

A big challenge is finding a budget to fund the presidential public employment programme which promised to employ over 700,000 people over a six month period.

No big fish are in jail yet, but there has been movement on the big prosecutions so the looters are certainly not home and dry.

“The SIU investigation looked into over 2,500 PPE contracts. While some investigations are ongoing, in many cases the allegations were found to be without substance and the companies were cleared of wrongdoing.”

Having captured the leadership with a slim majority at the ANC elective conference in 2017 his political enemies have been openly campaigning ever since to dislodge him before the next conference.

This has been to our detriment: Ramaphosa has spent far too much time worrying about the unity of the ANC and too little time over the health of the nation.

The latest push by Zuma and Magashule for a political crisis is a threat to Ramaphosa’s ambition to rebuild the country and the economy, but one which the people of the country will support him in pushing back against.

The stakes could not be higher: the unfortunate reality is that the future of so many millions of South Africans remains joined at the hip with that of the ANC.