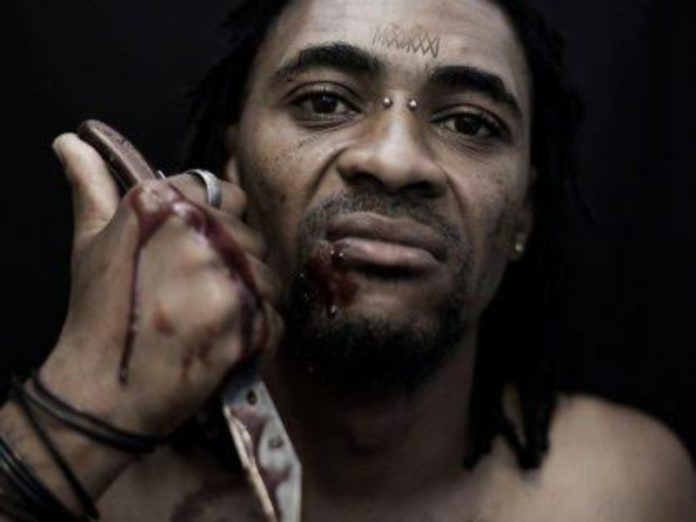 Characters like the Teenage Mutant Ninja Turtles or the X-Men show mutants as born outsiders to society, with their personhood and humanity continually rejected.

A local mutant is Cape Town rapper Isaac Mutant, a controversial outsider to the South African hip hop scene, and an outspoken voice for people who have been forgotten and left out of society.

Isaac is the subject of the new documentary film: MUTANT by Lebogang Rasethaba and Nthato Mokgata.

The rapper is best known for the media storm surrounding his lyrics in the 2014 song “Larnie Jou Poes”. The song sheds light on the struggles of farm workers and drew criticism for its angry and confrontational tone, with AfriForum even claiming it sought to incite violence.

He kept a low profile since his last project “Riffak” with the band Dookoom in 2018 and is currently working on a solo album “H.I.M. Legend.”

Rasethaba and Mokgata’s documentary does an excellent job of explaining who Isaac Mutant is and why his music is so confrontational and brutally honest.

His personal, financial, and political difficulties are brought to light through interviews with him, his musical peers, and friends and family.

The choice of interviewees deserves special mention as they reflect the social and historical background of Cape Town.

The complications of coloured identity, the effects of apartheid, gangsterism, drugs, and poverty are all set out in a manner that is easy to digest.

These social factors clearly influence Isaac Mutant’s music, and the film does a great job of connecting the dots between the two.

The result is a portrait of an angry, fearless, and thoughtful artist trying to express his frustration at a world that makes no sense.

The filmmakers’ cameras make extensive use of slow motion and Cape Town’s beautiful landscapes to frame the subject of the film. They also use similar techniques to present the ghettos of the Cape Flats.

The effect is strange and presents a deeply flawed beauty in both worlds, while presenting Isaac as struggling to come to terms with his place in either.

The film truly shines when Isaac’s close family members speak, in particular his sister and niece.

Their clear love and care for the sensitive intelligent man they know provides a good balance for the other side of Isaac we see, a burdened artist raging into the microphone while brandishing knives in his music videos.

Isaac is more than just the Mutant.

Image source: Africa is a Country