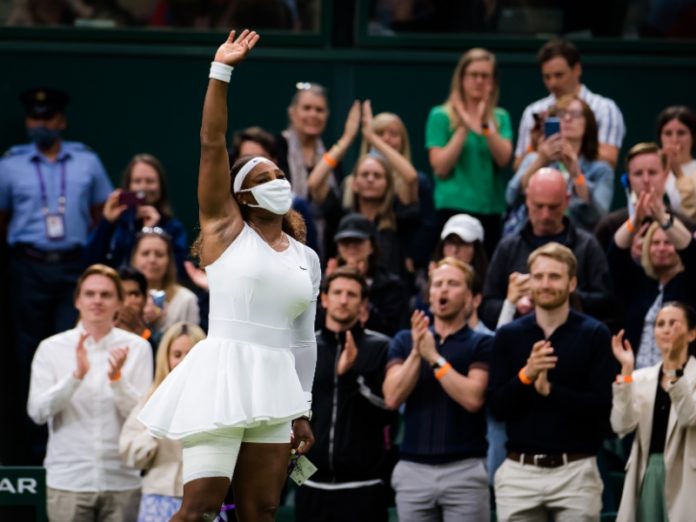 Not only has Serena Williams been forced to withdraw from Wimbledon, but her fans are also concerned about her future in the sport.

In her 20th Wimbledon Grand Slam tournament, Williams took to the court for her first-round match against Belarus’s Aliaksandra Sasnovich. She was leading 3-1 in the first set when she slipped and injured her right hamstring.

She soldiered on for two more games before admitting that she was unable to continue, and called it a day on this year’s Wimbledon.

The seven-time Wimbledon winner wrote on Instagram: “My love and gratitude are with the fans and the team who make being on centre court so meaningful. Feeling the extraordinary warmth and support of the crowd today when I walked on – and off – meant the world to me.”

Williams has 23 Grand Slam titles to her name with Margaret Court holding the record with 24 Slams. Perhaps the famous grass court of London will not see the American superstar in action again but Williams will without a doubt remain motivated to surpass Court’s record.

Both Roger Federer and Andy Murray commented on the slippery surface and how dangerous it is. They said it is extremely difficult to move on the Wimbledon surface this year.