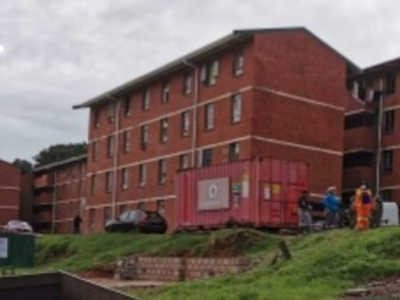 From the outside, Glebelands looks like a normal hostel.

But inside those grey walls, more than 25,000 residents live in fear as warring groups allegedly fight over what is called a protection fee.

According to residents, a protection fee is the money they pay monthly to the people who claim to be protecting them from would-be attackers.

They pay anything from R100 to R500. These amounts, multiplied by the 25,000 residents, is a lucrative business for those behind it.

Some of those who rebel against this so-called protection fee have paid with their lives.

According to violence monitor, Vanessa Burger, more than 120 people died at the hostel between 2014 and 2019.

She said eleven more have died in the last five months. And many of these deaths are allegedly connected to not paying up.

Burger said there seems to be more splinter groups fighting over the protection fee.

“It seems there are now three splinter groups that were previously connected to the ‘Glebelands Eight’,” she said.

The Glebelands Eight is the name that was given to the men, including a police officer Bhekimuzi Mdweshu, who were arrested in 2017 for allegedly stoking the violence in Glebelands.

Among the charges they faced, was murder, attempted murder and extortion.

“But since September last year, the number of killings has increased again,” said Burger.

A resident was shot twice but survived when he refused to pay the protection fee.

The two gunshot scars on his stomach are a reminder of what he termed, “perpetuated violence.”

He still lives in the hostel.

People have celebrated the arrest of the most wanted hitman Thobani “Laqasha” Mahobo on Sunday, but this resident fears more violence.

“Mahobo’s friends will now go around sniffing people who might have tipped off the police about his whereabouts. Even if that person is not here, they will cause havoc because they want people to pay this protection fee.”

He said the people who were behind the killings made a fortune from the chaos.

Both the wounded resident and Burger propose that there should be a permanent police station inside the hostel.