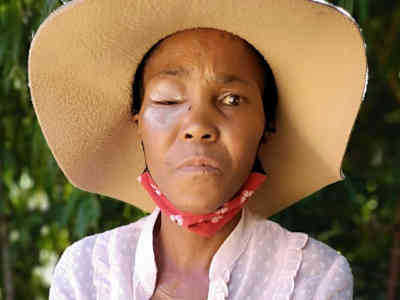 She says that her son and his relationship with his child’s mother had become so toxic that she advised him to end things with her. But her pleas fell on deaf ears.

Two weeks ago, Emily’s son, Tshokolo Mohlafu, 35, was sentenced for the murder of his heavily pregnant girlfriend Liza Tyumbo, 23, from Reddersburg, Free State.

“I wish Tshokolo had listened to me. Look where his stubbornness has landed him, in jail with no future and blood on his hands,” Emily said.

She told Scrolla.Africa that Tshokolo promised her repeatedly that he would break up with Liza.

“He truly loved her and even dumped the other woman for Liza.”

Emily has explained how her life was torn apart by her son’s crime and the judge’s ruling.

“I am heart broken because I couldn’t attend the court case when he was sentenced. I have lost a lot of weight and been crying myself to sleep every night. But there was nothing I could do, justice had to be served. I still feel like 20 years was too harsh.”

Liza’s step-father, Mohowane Sehlatsana, who had witnessed the stabbing and attempted to stop Tshokolo, said they are satisfied by the High Court ruling.

“He attempted to stab me on the upper body but I managed to stop him and he stabbed my finger instead. I was truly hurt by the incident and we believe justice has been done.”

He added: “I am glad I did not lose my finger.”

The couple’s two small children, who have been left parentless, are now under the care of Liza’s mother, Sellwane Tyumbo.