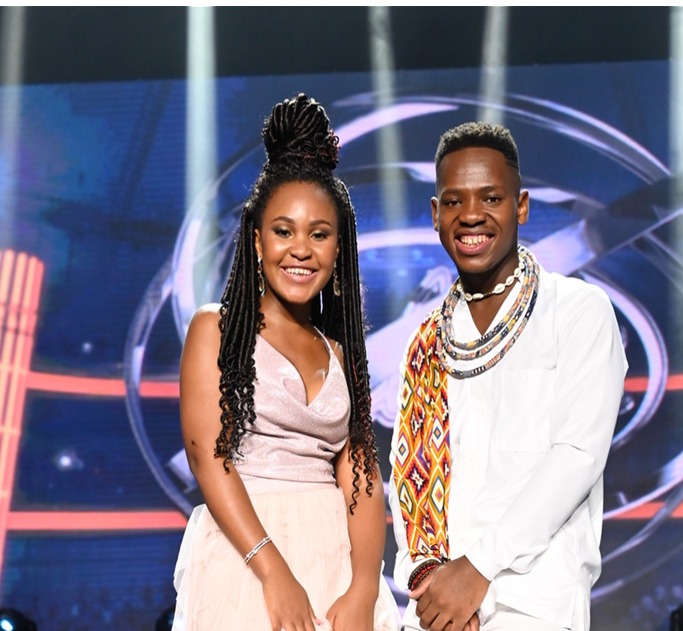 There were thousands and now there are only two!

Idols South Africa contestants, Zama Khumalo and Mr Music – whose real name is Lungisani Mthethwa – are the country’s top two and have reached the end of the road of the competition.

The two will be giving it their all one last time before they hear who was voted and will be crowned as the 16th Idols SA winner this coming Sunday, 13 December 2020.

The rising stars have already won the hearts of many when they performed their debut singles, Ngikhethe Kahle and Ndizobizwa for the first time.

Zama, from eMalahleni in Mpumalanga, told Scrolla.Africa: “I would like to take this opportunity to thank everyone who has been supporting me, thank you so much for taking your time and using your money to vote for me. I am now in the top two and it is all because of your votes. I really appreciate it. May God bless you all.”

When asked what she would do if she won the competition she said: “There is honestly nothing that I would like more than to give my parents the life that they deserve and build them a beautiful home. Once I do this, my heart will be at ease. And of course making music and hopefully heal people as much as music also does the same for me.”

Mr Music, who was born in KwaMbonambi in Richards Bay, Kwa-Zulu Natal, said he was happy to have made it to the finals.

The winner of the show will become the 16th Idols in South Africa and will walk away with Samsung products to the value of R150,000, a brand new Toyota Starlet 1.4. XR Manual and a recording deal with independent record company Kalawa Jazmee.