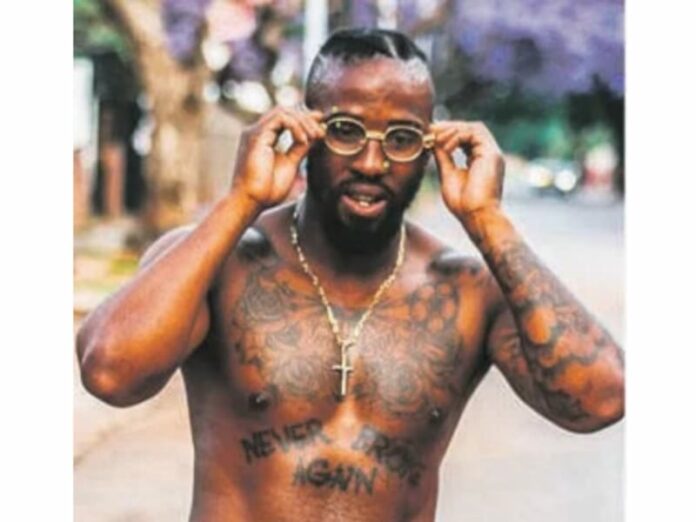 A former footballer who was once signed to AmaZulu FC has opened up about his newfound success as a male prostitute.

Siya Mbatha, 28, said that when he was arrested and charged with rape, his life was turned upsidedown. The case was later withdrawn, but that didn’t stop his promising career as a footballer from curtailing.

With nowhere to turn, Mbatha said he began sleeping with men and women for money.

It’s been three years since his dramatic career change, and he says he’s never looked back.

“I charge R3,000 per session which involves a 20 minutes strip show, full body massage and three hours of sex. Ever since I started doing this job, I make money and it gets better everyday,” he said.

Known professionally as Siya Entertainer, he said that he gets his clients by advertising his services on social media platforms.

Mbatha left the club to join Highlands Park FC. The move was the last of his footballing career.

He said he began to suffer from depression and at one point almost committed suicide.

Without direction or ambition, Mbatha began mixing with the wrong crowd, which led to his arrest after he was accused of rape.

“I was among the best players of Amazulu FC and my future was bright and promising at the time. But I was not lucky enough to have a successful soccer career,” he said.

While in jail, Mbatha said he modified his manhood by pearling it with beads.

After his release from jail, his late friend gave him a way into the adult entertainment industry and he tried his luck as a stripper.

Before long, his stripping career led to the more lucrative one of sex work.

Mbatha, a father of nine children, said his family and current girlfriend are supportive of his career choice. However, this wasn’t always the case. His ex-girlfriend left him when he started the job.

“I had to leave the person I truly loved to chase the money and also I lost custody of some of my children because of this job. It was a tough decision but I would rather have money and be called names than to stay in a relationship and be called broke and a deadbeat father,” explained Mbatha.

With this job he says he was able to build a big house for his mother in Pietermaritzburg.

He said he cannot picture himself ever leaving the job.

He said most of his clients are international tourists, mostly from Dubai.

“I am proud of who I am and I will soon pay lobola for my girlfriend because she is very supportive of what I do,” he said.