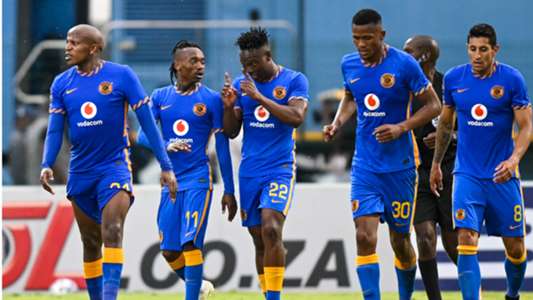 Coach Gavin Hunt was left fuming after Kaizer Chiefs drew 2-2 with Black Leopards in their DStv Premiership match at home on Wednesday night.

The four-time Coach of the Year accused his players of “schoolboy” errors.

A major blunder of the match came within 12 minutes when Captain Itumeleng Khune, under no pressure, kicked the ball straight into Leopards forward Ovidy Karuru who wasted no time in putting the ball into the back of an empty net.

“You can’t make mistakes like that. We gave them the start in the match. But such mistakes have been happening since I got here,” said Hunt.

Karuru, a former Amakhosi striker, got his second of the match twelve minutes later to make it 2-0 to the visitors going into the break.

Chiefs fought their way back into the match and they were rewarded with a point for the draw. Second-half goals by Nkosingiphile Ngcobo and Khama Biliat rescued Chiefs from Leopards’ claws.

Despite his players continuing to make mistakes in league matches, Hunt committed himself to the team.

“The only thing that is left for us now is to stick together. We can get through this,” he said.

With last night’s result Chiefs are left in 12th place with six points after six matches. Leopards are second from bottom with four points.

Before last night’s match Hunt dropped a bombshell on SuperSport TV about Samir Nurkovic, Chiefs’ top goalscorer last year who has been out nursing an injury.

“Nurkovic has been fit for about two weeks now but obviously there are other problems,” said Hunt on SuperSport TV.

“Those problems must be sorted out first. He could play but let’s leave that issue for another day.”