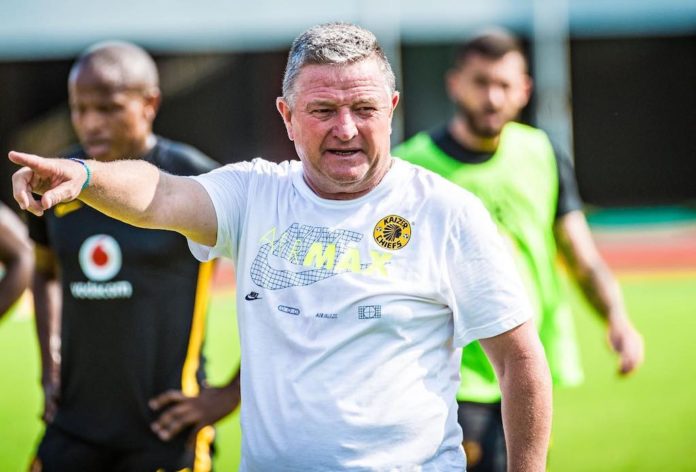 Kaizer Chiefs coach Gavin Hunt has blasted his players for shooting blanks in front of the goal post after they ended with a goalless draw at home against PWD Bamenda in the CAF Champions League preliminary round second league.

While Chiefs are going through to the next round, Hunt didn’t mince his words.

“In my 30 years of coaching I have never seen anything like this. It’s disappointing seeing  players missing scoring opportunities.

“The important thing was to get through to the second round, but not like this,” said Hunt.

Thanks to Eric Mathoho’s away goal last weekend Chiefs were able to move to the second round on aggregate. Chiefs will now face Angola’s Primeira de Agosto in the two legs of the first round, the stage before the group phase.

Amakhosi’s disappointing form in front of goal has seen them scoring only four goals in their last seven matches in all competitions. In the ten matches they have played this season they have managed to score six and they haven’t scored more than two goals in a single match.

What worries Hunt is they failed to score against a team that travelled for more than 12 hours and arrived in the country just four hours before kickoff.

“We created many chances but we are not scoring and that is our problem. I know we kept a clean sheet at home and away but we were playing a side that is nowhere near our PSL standard,” he said.

“Our final touches are poor. You can see why we haven’t scored many goals this season. We need to score,” he said.

Chiefs will play well rested Black Leopards in the DStv Premiership at FNB Stadium at 7.30pm on Wednesday.