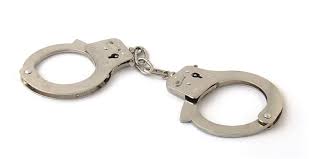 This is how Mkhwanazi found himself behind bars facing 149 criminal charges of rape, attempted murder, aggravated robbery, kidnap and possesion of a firearm. (Please see “Beast of Tembisa“).

In 2019, he allegedly raped a woman and robbed her of her cell phone, as he did in each one of the rapes he committed.

She then reported these crimes at the Tembisa South police station, triggering an elaborate operation to catch Tembisa’s serial rapist.

The police began by tracing the stolen phone, acquiring the number of that particular cell.

The detectives then went to retrieve a register at the network service providers in order to secure the phone’s call records.

At this point, they started the lengthy process of calling all the numbers which appeared frequently on the incoming and outgoing call list.

Eventually, a woman picked up the phone.

The detectives arranged to meet with the woman, who informed them that the person now in possession of the stolen cellphone was her own boyfriend.

The man was immediately summoned to the police station and asked how he came to be in possession of the phone.

He revealed that his best friend, Gift Mkhwanazi, had given him the phone for free.

The man was then detained, accused of being in possession of stolen property.

Later that evening, detectives ordered the man to ring Mkhwanazi under the pretense that he wanted to have a drink with his friend.

They then drove out to the meeting point, a Tavern in Ebony Park, where they found Mkhwanazi unknowingly waiting outside for his friend to arrive.

Police called the suspect’s number. When he answered, the surrounding officers stormed in to arrest him.

Upon investigation, detectives found that Mkhwanazi was connected to dozens of other identical incidents.

They soon realised that the man they had in their possession could be one of the most dangerous rapists in South Africa’s history.

Gift Mkhwanazi currently awaits trial for the rape of 33 women.