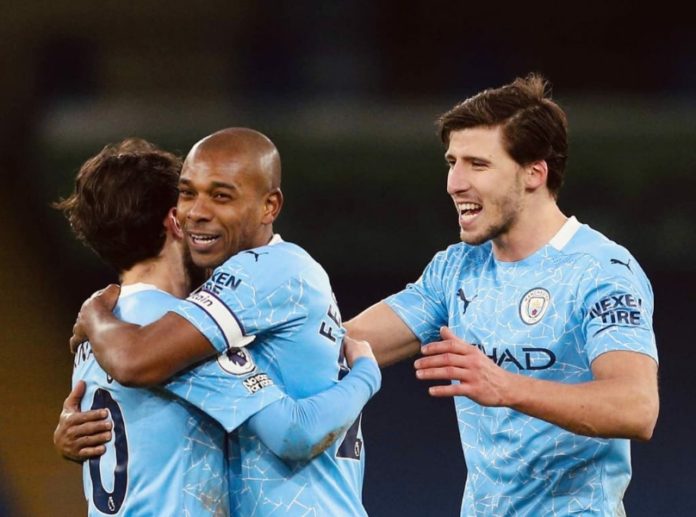 Manchester City is the ninth team to head the English Premier League table since the season started in September.

They have been there for only two weeks and how long they remain there remains to be seen with games coming every two days but their recent form has seen them winning all six of their league matches in January.

On Wednesday they are in action again away at struggling Burnley at Turf Moor at 8pm. The last time they faced off the Citizens ran riot winning 5-0.

Regarding Fernandinho, City coach Pep Guardiola has indicated that the star’s contract may be extended again..

“He is an authentic leader. I’m satisfied he was chosen as captain and he represents this club magnificently,” said Guadiola on the club’s Twitter page.

“We will talk as friends. You cannot imagine the respect I have for him.”

Fernandinho, who was a man of the match in City’s 1-0 victory over Sheffield United, is expected to once again play a huge role on Wednesday. Burnley will look to bounce back after a 2-0 defeat at Chelsea on the weekend.

Other EPL fixtures on Wednesday