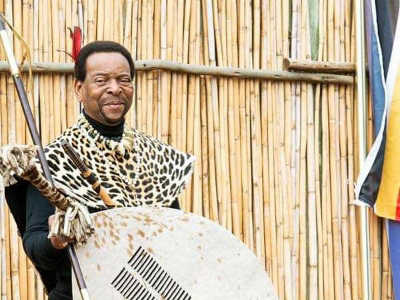 Was the late King Goodwill Zwelithini kaBhekuzulu a good leader for the Zulu nation during his 50-year reign?

While some say he performed his leadership duties very well, others believed the longest-serving monarch failed to be a leader to his subjects.

On Sunday, Mondli Makhanya, editor-in-chief of City Press, wrote a scathing piece, accusing King Zwelithini of partnering with the then ruling National Party to kill black people – a claim the royal house has furiously rejected.

“There’s nothing that points to anything the king did for me or my community. His kingship did not change my life,” said Mthembu.

Bhekinkosi Ngcobo from Quthu sang the praises of the king.

“The king has done many things for the Zulu nation, like encouraging young girls to stay virgins until they are married.”

He lauded the king for uniting the Zulu nation by bringing different chiefs under one leadership.

Nokuthokoza Mkhize from Port Shepstone KZN launched a blistering attack on those who criticised the king.

“Why are people talking badly about the king now that he is no more?”

Like EFF leader Julius Malema, she said the people who are speaking ill of the king were cowards.

“They waited for the king until he passed away to criticise him. They should have done this while the king was still with us.”

Prince Mangosuthu Buthelezi, a cousin to the royal house, said those who spoke of the king’s short-comings were opportunists.

He praised the king for his work in the fight against HIV/AIDS and defusing the bloody wars that plagued the KZN province from the 1980s until the late 90s.

King Zwelithini’s death has also led to divisions about his successor.

The royal household has shot down any talks of succession until the king is buried.

President Cyril Ramaphosa was expected to deliver the eulogy at the memorial service for the king on Thursday at KwaKhethomthandayo Royal Palace in Nongoma.

King Zwelithini was laid to rest after midnight on Thursday in a private ceremony attended by a few men in line with the wishes of the king.