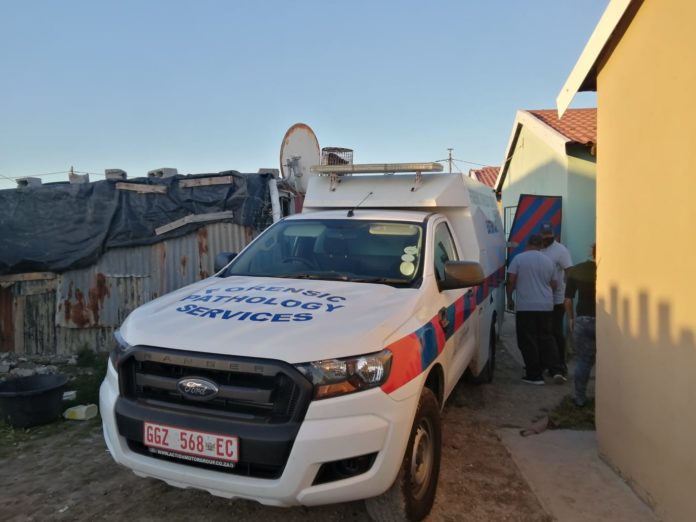 It was like a horror movie. He was sleeping at a house in Missionvale township, in Port Elizabeth on Sunday.

Where he and his friends were chilling when gunmen pushed open the door and started shooting.

“I hid under the couch as bullets rained on my friends,” said the 34-year-old man who asked not to be named for fear that the gunmen might hunt him down.

He told Scrolla.Africa that before the attack “we were smoking a pipe and playing cards when I fell asleep on the couch.

“A few minutes later I was woken up by loud gunshots. I turned the couch over on top of me as the gang members stood at the door near the bathroom and opened fire.

“I heard several gunshots going off and then after a few minutes it went quiet,” said the man, struggling to keep the tears from his eyes.

“I came out and saw three of my friends lying on the floor covered in blood. Two of them looked as if they were dead. I was shaking. I ran outside and asked for help.”

He said with the help of community members, his injured friends were taken to hospital in a private vehicle.

“I am thinking of leaving the area because my life is at risk,” said the man.

Police spokeswoman Colonel Priscilla Naidu said: “One victim, Darren Ruiters, was shot multiple times and succumbed to his injuries. Two other males also sustained injuries and were taken to hospital before the police arrived.”

She said the motive for the shooting is unknown and the Provincial Organised Crime Investigation Unit are investigating a case of murder and four cases of attempted murder.

Photo caption: Police remove the body of Darren Ruiters after being shot by a gang. Photo by Mkhuseli Sizani