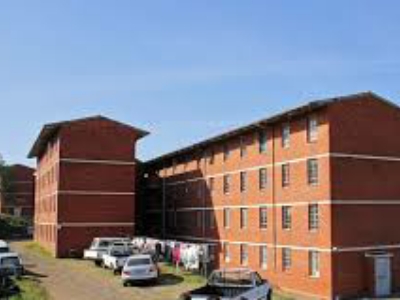 The families of the slain Anele Chutshane and Phumlani Ntozakhe who were allegedly shot by an alleged Glebelands Hostel hitman Thobani “Laqasha” Mahobo have welcomed his arrest.

The men, both aged 27, were shot last November at their rooms in the notorious hostel in Umlazi, south of Durban, the scene of many brutal murders since 2014.

“What we want now is for him to be convicted,” he said.

“My brother stood up for what he believed in. He always wanted the best for his family which led to him going to Durban to look for better opportunities.”

“One moment you have a person who is supporting you, the next thing you hear is that he is dead,” he said.

“Ntozakhe was not a person who made enemies easily.”

He said they are hoping the arrest is the beginning of a process that will give the family closure.

While the families welcomed Mahobo’s arrest, hostel residents still lived in fear after three people were shot and wounded in Glebelands on Friday.

Police are investigating a case of attempted murder.

“There’s very little to be happy about,” said a resident.

“Our lives are still in danger as people are killed almost every week here. Hitmen use the hostel as their hunting ground.”

Police spokesperson Colonel Thembeka Mbhele said: “Mahobo appeared before the Umlazi Magistrate’s Court on two counts of murder and was remanded in police custody until 22 February for further investigation.”