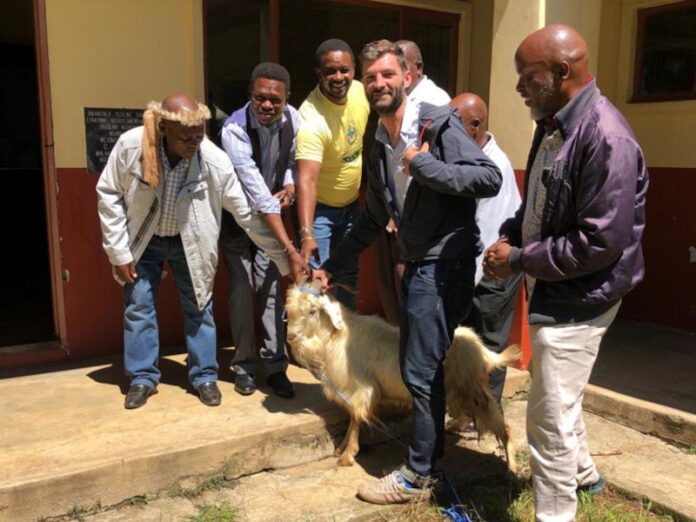 Mission Impossible star Tom Cruise has donated a significant amount of money to the Amangwane tribal authority to be used for community development in Bergville, KwaZulu-Natal.

The American film actor has been spending time in KZN this year preparing to shoot Mission Impossible 8, the latest instalment of the hit action movie franchise.

Cruise has been given permission to film on land that belongs to the rural community of Bergville, under Inkosi Menzi Hlongwana, and has made a large financial donation in return.

The filming will take place around the mountains of Drakensberg for a month, according to Sipho Ndaba, event organiser of the Drakensberg Jazz extravaganza and a member of the Amangwane tribal authority business development under Inkosi Hlongwana.

Ndaba said they decided that they would not reveal exactly how much Cruise had decided to donate but said it was deposited to the account of the tribal authorities for community development.

“The funds were injected by Cruise so that he could be able to use our land to shoot his film. We are glad that he chose this area and, as we speak, his team is busy constructing a temporary flying speed for his aircraft.

“This will be a huge benefit for us as locals, since we are working towards the development of young people in the film industry,” said Ndaba.

He said Cruise has put their area and Uthukela district on the world map as among the best global tourism destinations.

Last week Cruise’s team came to the local Inkosi, Menzi Hlongwana, to present a goat as a sign of respect, and to traditionally introduce him and his team to the land of Amangwane.

Ndaba said Cruise’s team is very busy and there are times when community members will be warned of low-flying aircraft during the shooting.

Mission Impossible 8 is set for release in 2024, while the seventh film in the franchise will be released in July 2023.

The latest film, Mission Impossible 6, was a global hit, taking in over R15 billion in the box office on a budget of R3.4 billion.