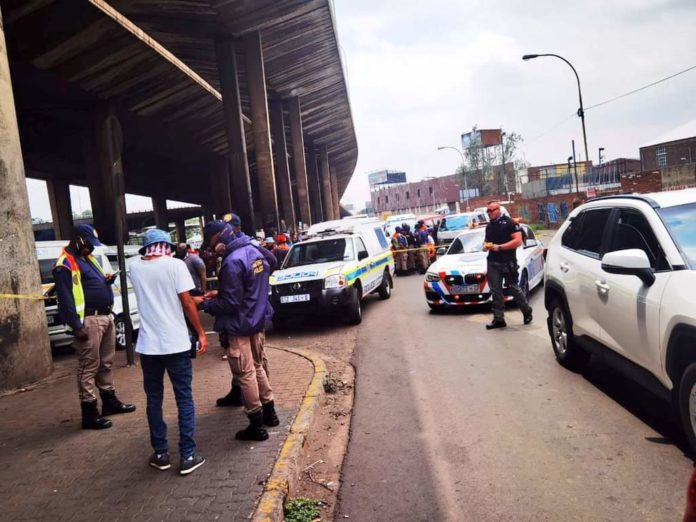 He wanted to make quick cash by robbing unsuspecting motorists using a toy gun in the busy streets of Joburg.

But the robber made a huge mistake and paid for it with his life.

According to police, the robber approached a motorist who had stopped at a red light and demanded his cellphone.

What he did not know was that the motorist had noticed him approaching his car on the driver’s side.

The incident took place near Faraday Taxi Rank at around 11am on Monday.

Gauteng police spokesperson Captain Kay Makhubele said the robber pointed a toy gun at the motorist and demanded his cellphone.

“The motorist managed to quickly take out his firearm and shot the robber,” Makhubele said.

He added that the unknown man was certified dead by the paramedics at the scene.

The motorist’s firearm was taken by the police and cases of robbery and inquest have been opened. No one has been arrested.

“The man had nothing in his possession that could identify him. We found two cartridges at the scene,” Makhubele said.