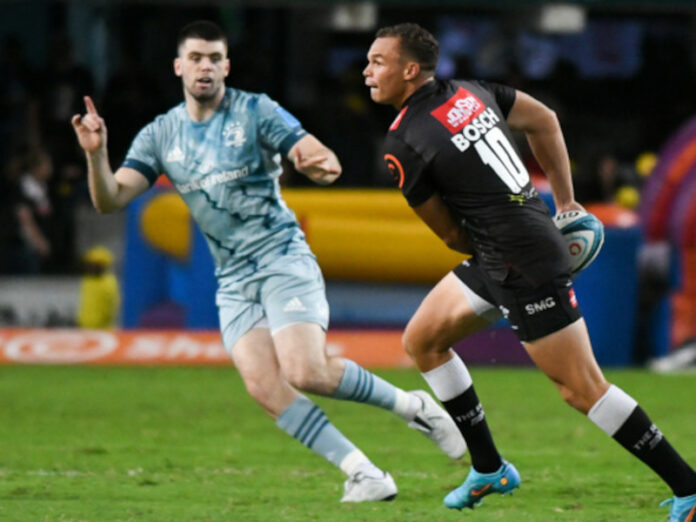 The Sharks put in a heroic performance to defeat top of the United Rugby Championship (URC) side Leinster 28-23 and bring joy to the devastated KwaZulu-Natal region, as promised.

The Durban outfit promised earlier in the week to put in a performance that would make the region proud, and they would use the floods as motivation to bring smiles to the area.

And their efforts in the final few minutes showed just how much they wanted to deliver on their promise, defending their try line for several minutes as the game came to an end.

The Irish side, despite being at the top of the table, were heavily changed coming into the game and were labelled as the Leinster “B” team – the Sharks played what was in front of them and executed their plan to perfection.

The victory not only brought smiles to the faces of fans across the country, but it puts the side in prime position to qualify for the competition’s playoff spots.

Sweetening the promise made to the fans, Phepsi Buthelezi who made the promise earlier in the week, scored the winning try for the Sharks.

“That’s something we’ve spoken about as a squad. We’ve been given this wonderful opportunity that we’re going to have this Saturday to make everyone happy.

All our fans are going to be here, people are going to come out in their numbers and bring their families,” the number 8 said earlier in the week.

The Sharks are now in fourth spot in the league, winning their 10th game in just 16 games this season.

They are currently the second highest ranked South African side as the Stormers occupy second spot.

While the South African sides struggled in the beginning of the championship, playing on home turf has seen the tables turned in their favour in recent weeks.