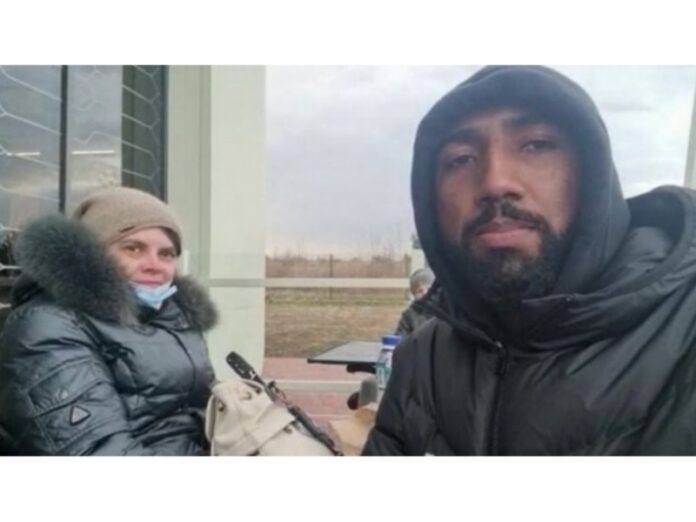 Brazilian footballer Lucas Rangel was one of thousands to recently flee the eastern city of Poltava in Ukraine following Russia’s invasion – but on his way out he made an important detour.

On 24 February, the 27-year-old who plays in the Ukrainian Premier League for Vorskla Poltava began the treacherous route to reach the Polish border.

However, as he was leaving Rangel received a plea from social media influencer Anderson Dias.

Dias, who was in the United States, was doing everything he could to get his Ukrainian mother-in-law Tetiana Sukhoparova out of the country.

“I’ve got a private plane ready to rescue 14 people from the Ukraine. One of those seats is for the mother of my girlfriend so there are 13 other places left,” Dias wrote to his 1.4 million Instagram followers.

“I need someone to get her by car from her town.”

The plane was being held in the Polish city of Katowice.

Hours later, the message had reached nearby Rangel, and without thinking twice he left with his group of loved ones and headed to pick up Sukhoparova.

The group was supposed to reach the Ukrainian city of Lviv in 13 hours. However it took them 30 long hours to arrive.

Meanwhile the Ukrainian army was heading for Kyiv in the opposite direction and Russian fighter jets flew overhead.

“It was a deafening sound, something I had never heard before. They were flying really low. I just assumed that’s it. They’re going to attack us,” Rangel told BBC Sport.

“That’s something I never thought I would go through. We watch war movies and sometimes cry with them but it’s very different to be on the ground for real.”

The group had to walk the final 25 kilometres in extreme temperatures of up to -11 degrees Celsius.

On 28 February, they made it to Poland with the jet, as promised, waiting for them at Katowice airport.

Sukhoparova is safe in Porto and awaiting her visa to join Dias and her daughter in the US while Rangel has reached his hometown of Alvorada in Brazil; and has been declared a hero by Dias.