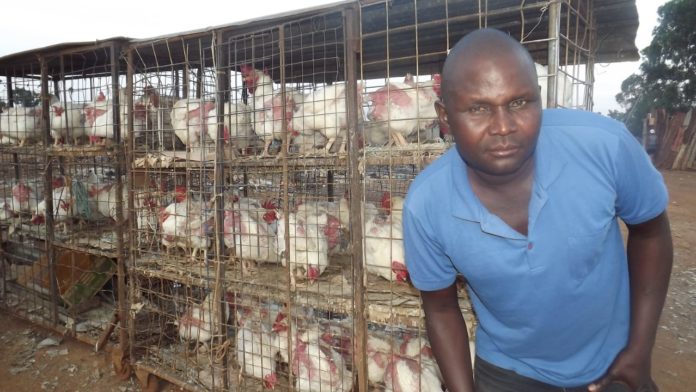 Usually, when thugs attack and rob you, people scream for help from God.

But not in Bekkersdal, west of Joburg where a trader named Satan Mashaba from Tambo section has his stall.

No one dares mess with Satan.

A 29-year-old hawker Sthembiso Maluleke said there are no nyaope boys bothering them because Satan deals with them.

“Satan makes sure that we are safe and that no thugs do their nonsense on our section because they know they could find themselves in burning hell,” said Stembiso.

He said before Satan arrived with his non-nonsense tactics, their shops were broken into even during the day.

But one day, Satan amazed residents by taking on six thugs alone. He sent all six thieves straight to the hell of police cells.

Satan ran after the thugs with a sharpened fork and they ran off swearing  “fok maan!

“I stabbed four of them and nearly burned two of them with the charcoal I used to braai the meat for my customers,” Satan told Scrolla.Africa.

The community helped him apprehend the thugs and hand them to the police.

“I feel safe being around Satan. He is so brave that no one will take any chance against him,” said Sthembiso.

Sthembiso said Satan’s actions have made him a hero wherever he goes.

Yesterday, Scrolla Africa visited Satan in his stall and found him charming the customers.

After he chased and captured the thugs the community renamed him Satan.

Satan’s neighbouring hawkers say they feel safe trading around Satan as no thugs dare to mess with the man.