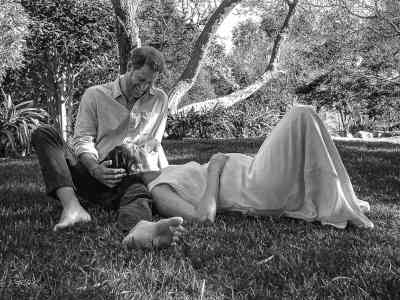 Prince Harry and Meghan Markle are expecting a second child, they announced in an Instagram post on Monday.

Besides being a Valentine’s Day surprise, it is exactly 37 years ago that Princess Diana and Prince Charles announced they were expecting their second child – Prince Harry.

The couple’s decision to announce Meghan’s pregnancy on this special day has been seen by many as a way of honouring Harry’s late mother.

The child, if born in America, will have an automatic right to US citizenship.

So the Royal Family may well have to face the prospect of its newest member identifying as an American.

The new baby will be eighth in line to the throne and will become the most senior royal in the current line of succession to be born overseas.

The Queen is reportedly “delighted” by the news that she will have a tenth great-grandchild (or eleventh depending on whether it arrives before Zara Tindall’s baby).

In a short statement, Buckingham Palace said: “Her Majesty, Duke of Edinburgh, Prince of Wales and the entire family are delighted and wish them well”.

The news was announced alongside a black and white picture which the couple shared on social media.

The photo was taken by the couple’s longtime friend and photographer Misan Harriman.

It depicts the couple sitting under a tree in Los Angeles, with a barefoot Harry resting his hand on Meghan’s face, while she lies in his lap resting her hand on her baby bump.

Harriman told British Vogue: “With the tree of life behind them and the garden representing fertility, life and moving forward, they didn’t need any direction, because they are, and always have been, waltzing through life together as absolute soulmates”.

The idyllic picture does not include the couple’s first child, Archie, who was born in 2019 and will celebrate his second birthday on May 6.