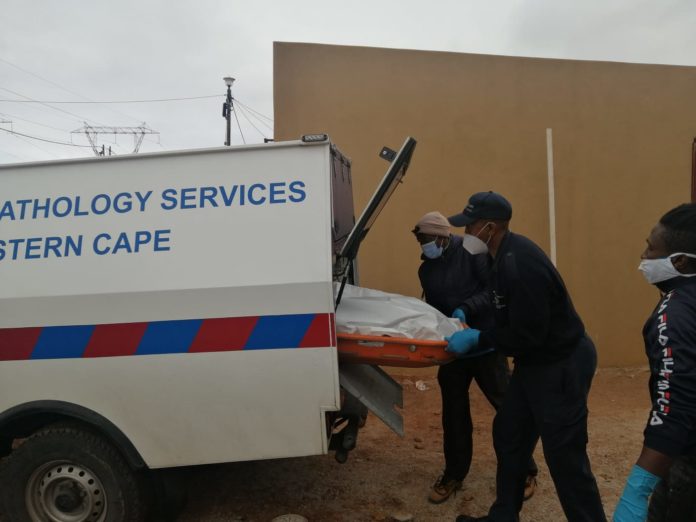 A family’s prayer for the New Year was disrupted by a hail of bullets in Motherwell NU 5 in Port Elizabeth when two young men were gunned down in their street.

Nontuthuzelo Sawa told Scrolla.Africa: “Fifteen minutes before the celebration of New Year we always gather and thank God for giving us an opportunity to get into the new year.

“But as we were about to start the prayer, waking up and calling those who were outside to get inside, we heard several gunshots and thought that it was fireworks.”

Nontuthuzelo says her “nephew came into the house running and said two men were lying on the street. The neighbours were already screaming and calling for help. We also ran outside and found some of the neighbours next to the bodies of these young men who are not from our area.

“One was already dead. But the second one was still breathing. A few minutes later he also died,” she said.

Nontuthuzelo says the family is traumatised.

“Nobody knows why these young men were shot,” she says.

Captain Gerda Swart said: “Police received a complaint on 1 January at about 00:10 of two bodies lying in Mdundu Street. Both males, aged 23, had multiple gunshot wounds to the head and upper body. Both were declared dead on the scene.

They were identified as Phumlani Magenuka and Sithembiso Gwenta. The motive for the murders is still unknown. No arrests as yet.”