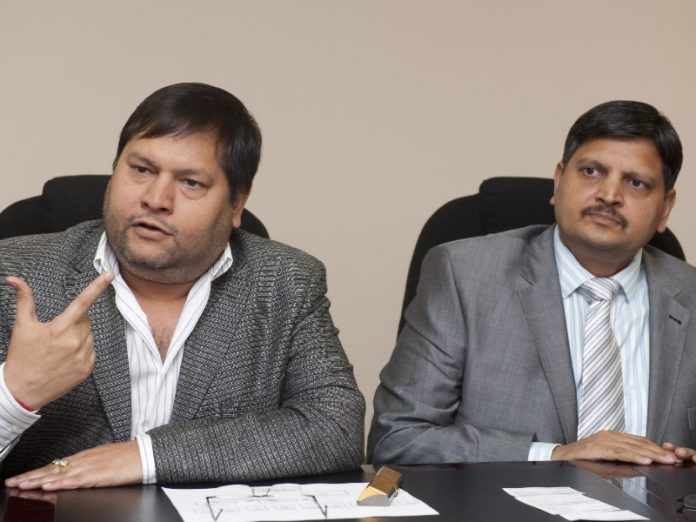 The door is finally open for the Guptas to come back to South Africa to face their crimes.

Themba Maseko, the man who unmasked the Guptas state capture dealing, told Scrolla.Africa that he is happy.

“It shows that our tireless work in exposing the Guptas is not in vain,” he said.

“I am glad that the day of reckoning is around the corner for the people who collapsed our country.”

The United Arab Emirates (UAE) and South Africa have signed an extradition agreement, paving the way for crime-busting agencies to drag the Guptas back to the country.

Maseko, a former government spokesperson, had previously told the state capture commission that in 2010, the Guptas asked him to channel all government advertising budget to the family’s media company.

Maseko’s recently released book, For My Country, tells how the Guptas captured the state during former president Jacob Zuma’s tenure.

But the Guptas were not alone.

Zuma was also alleged to have aided the family to capture the state. He publicly admitted that the Guptas were close pals of his.

Maseko told Deputy Chief Justice Raymond Zondo’s commission that Zuma personally called him and asked him to help the Guptas, a claim that Zuma later denied.

The bid to bring back the Guptas started in 2018 when the UAE and South Africa signed The Agreements on Mutual Legal Assistance in Criminal Matters and Extradition.

This was shortly after the Guptas fled the country following Zuma’s demise as president on 14 February 2018.

The two countries sealed the deal in April this year.

Mahash Alhameli, UAE’s Ambassador to South Africa said the agreements are the key to promoting judicial and legal cooperation with South Africa.

“It strengthens bilateral relations between law enforcement institutions and partners on both sides,” he said.

The NPA applied to Interpol to assist with the issuing of warrants for two Gupta brothers Atul and Rajesh and their wives.