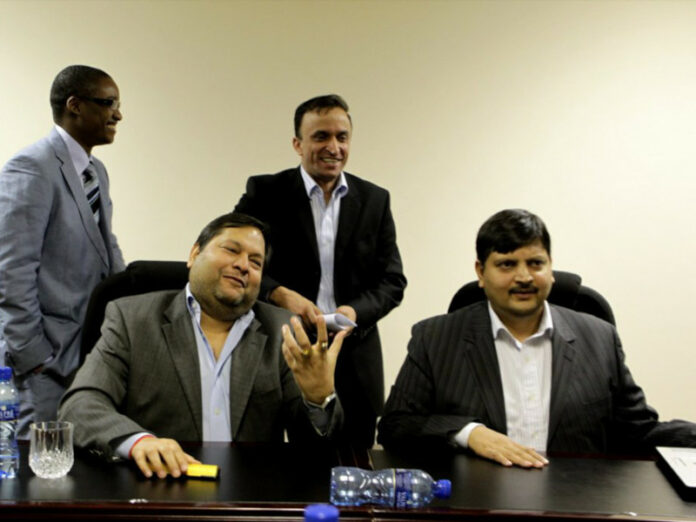 The final state capture report has found that the Gupta family were handed around R15.5 billion from unlawful contracts, mostly from Eskom and Transnet.

The report, which was handed over to President Cyril Ramaphosa by Chief Justice Raymond Zondo on Wednesday, found that government officials enabled the Guptas to profit illegally from state-owned companies.

Denel, Eskom and Transnet were overcharged billions of rands from a variety of different projects, which was made possible by people in key positions within government.

The report showed that there was R2.4 billion paid to Tegeta Resources and Exploration through Transnet agreements with Cutting Edge, which is owned by the Gupta family.

Over several years, Transnet sent millions of rands to the Guptas through various transactions – with the company being described as the epicentre of the Gupta money schemes.

The commission added that the Gupta businesses created a culture of corruption, costing state-owned companies millions of rands.

With the Guptas having an overwhelming presence in the state capture report, the infamous use of the Waterkloof military base by the Guptas was also addressed in the report.

The report insisted that former president of South Africa Jacob Zuma was aware of the Guptas’ use of the military base in 2013.

In April 2013 a commercial aircraft carrying around 200 passengers landed at the military base for the lavish Gupta wedding held in Sun City.

The base is only used for military or diplomatic flights.

Although Zuma claimed to have no knowledge of the flight, the Zondo commission wrote the former president’s close relationship with the Guptas saw him turn a blind eye to the flight.

Chief Justice Zondo recommended that Ace Magashule, Mosebenzi Zwane and the Guptas be investigated over the Vrede dairy farm project, which he labelled as a “complete disaster.”

“It is necessary that there be consequences for people who fail to do their job. Otherwise, this corruption and these acts of state capture are going to continue forever to the detriment of the country and all people,” Zondo states in the report.

Zondo accuses Magashule of pushing a Gupta agenda in several projects across the Free State, where Magashule was the premier from 2009 to 2018.

The Gupta brothers, Tony and Atul remain in custody at a Dubai police station as they face extradition to South Africa in connection to a R24.9 million Nulane Investment scam.