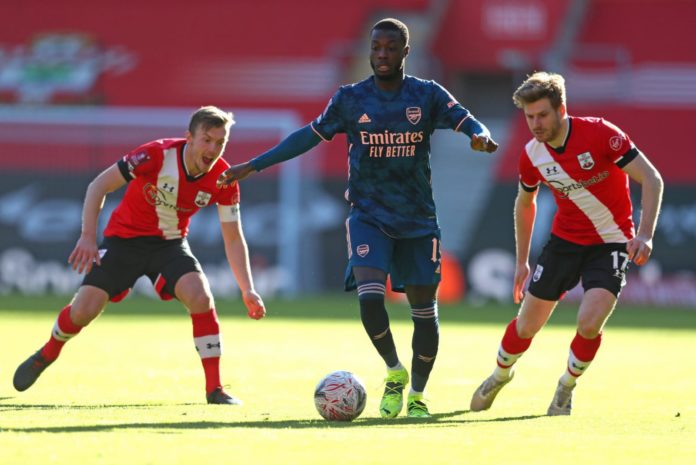 Can Arsenal redeem themselves against Southampton when they face them only three days after Saturday’s defeat?

Southampton booted the Gunners out of the Emirates FA Cup by beating them 1-0 at St Mary’s Stadium.

Gunners coach Mikel Arteta was criticised for his team selection after leaving out some regular players.

Arsenal will again face Southampton tomorrow night at 10.15pm at the same venue and this time they will be playing for three points and Arteta is expected to line up his big guns.

The likes of Alexandre Lacazette, Thomas Partey, Bukayo Saka and David Luiz are all expected to be back in the starting eleven tomorrow night.

On Saturday, captain Pierre-Emerick Aubameyang’s absence was explained by Arteta who said his captain had to attend to a personal matter.

“We’re here to support him as he takes the time because that’s his priority at the moment,” said Arteta on the club’s Twitter page.

Whether the Gabon international will be available tomorrow is not known.

Arteta said he was disappointed at the way Arsenal conceded a goal on Saturday.

Neither side can afford to drop points in the upcoming match as they are looking to end the season in the UEFA Champions League or Europa League at least. Southampton are 10th with 29 points with the Gunners in 11th, two points behind the Saints who have a game in hand.